Art enables us to find ourselves and lose ourselves at the same time. – Thomas Merton

Art has been used as a medium of expression and documentation since time immemorial.

Would you believe us if we told you that art is almost as old as human civilization is?

We’ve seen art in almost all forms and formats – from portraits of age-old royalty, landscape paintings, cave paintings, graffiti to abstract art; and all these art formats leave us spellbound and awestruck.

Over time, the value and importance of art have also grown within public spheres. People have started to enjoy art more, and have started collecting valuable art pieces. More and more people are pursuing art as their career option and the art market is booming, as of date.

That’s HUGE, right? We thought so too!

If you’re into art, keeping yourself updated with what’s happening in the art industry, who are the new and upcoming talents, what exhibitions are happening are valuable pieces of information that you should know about. That’s where art magazines and publications come in!

Let’s have a look at what art magazines and publications are in the first place!

What are Art Magazines?

An art magazine is a publication whose main subject is art. They may be in print form, online, or both and targeted at various markets, including galleries, customers, amateur or professional artists, and the general public.

Let’s take a look at each of these in detail…

First up on our list is ARTnews. Established in 1902, ARTnews is the oldest and most widely distributed art magazine in the world. Its readership of 180,000 in 124 countries includes collectors, dealers, historians, artists, museum owners, curators, experts, and enthusiasts.

Published four times a year in print, it reports everything related to art, individuals, topics, patterns, and events affecting the international art community.

Juxtapoz Art & Culture Magazine is a magazine founded in 1994 by a group of artists and art collectors, including Robert Williams, Fausto Vitello, C.R. Stecyk III, Greg Escalante, and Eric Swenson, who have helped define and celebrate underground contemporary art.

Juxtapoz embarked on the task of linking contemporary genres such as psychedelic and hot rod art, graffiti, street art, and illustration to larger, more traditionally known genres of art such as pop, assemblage, old master painting, and conceptual art.

Based in San Francisco, Juxtapoz was built on the belief in the virtues of Southern California pop culture and the freedom from the norms of the “established” New York City art world.

As of 2009, Juxtapoz had the largest circulation of any art magazine in the United States, more than existing predecessors such as Art News, Art in America, and ArtForum. In addition to print subscriptions that provide alternate cover images to the newsstand edition, Juxtapoz is now available as an online multimedia subscription.

Next up! Since 1913, Art in America has published pioneering critical insights into modern art and culture. Each monthly issue features exhibition reviews, interviews with leading artists, and in-depth essays by critics, curators, and scholars at the forefront of their field.

Latest thematic issues have looked at subjects ranging from new technologies in museums to contemporary indigenous art. Art in America has gained a reputation for fostering the informed study of the most important artistic trends in the United States and around the world.

Between its flagship print edition and an increasing digital presence, Art in America is loved by both prominent insiders of the art world and the general public.

Published in 1990, The Art Newspaper is a monthly print publication with regular online updates. It covers news of the visual arts that are influenced by international politics and economics, trends in law, taxes, the art market, the environment, and official cultural policy.

The Art Newspaper was founded by Umberto Allemandi and Anna Somers Cocks based on the original idea of Il Giornale dell’Arte. The Art Newspaper International Edition has offices in London and New York City.

Next on our list, Artforum is an international monthly magazine specialized in modern art. Artforum, one of the most important voices in its region, is published monthly from September to May along with an annual summer issue.

The magazine is distinguished from other magazines by its distinctive 101⁄2 x 101⁄2 inch square format, with each cover mostly dedicated to the work of an artist.

The magazine publishes in-depth articles and reviews of modern art, as well as book reviews, columns on film and popular culture, personal essays, commissioned works of art and essays, and various full-page ads from influential galleries around the world.

Aesthetica was created by Cherie Federico and Dale Donley as students at York St John University in 2002. It is an international magazine for art and culture.

Published bi-monthly, it covers modern art from all over the world, including visual arts, illustration, architecture, fashion, and design. It has a readership of more than 455,000 with national and international distribution.

Across the brand, Aesthetica also produces a variety of awards, exhibits, and activities that concentrate on talent creation in the fields of fashion, photography, literature, and film.

The awards recognize the achievements of both new and existing practitioners. They include the BAFTA-Qualifying Aesthetica Short Film Competition, the Art Prize, and the Creative Writing Award.

Established in 1949, ArtReview is one of the world’s leading international contemporary art publications, committed to expanding the audience and influence of contemporary art and to tracing how it connects with culture in general.

Aimed at both a professional and a general audience, ArtReview Asia (launched in 2013) is a magazine and its sibling publication, offering a combination of criticism, reviews, feedback, and commentary alongside commissioned artist projects, guides, and special supplements.

ArtReview publishes nine issues a year with two specific areas of focus: Power 100 in the December issue and Future Greats at the beginning of the year.

It is spread across Europe, the Americas, and Asia-Pacific. ArtReview Asia publishes four issues a year and is distributed across the country and in selected locations elsewhere.

ArtReview.com’s website includes art and cultural news, critics, perspectives, images, podcasts, and articles from the latest issues of ArtReview and ArtReview Asia, artist collaborations, highlights from the 70-year archives of magazines, and multimedia material from around the internet.

ArtReview communicates with more than a million people every month through daily newsletters and social media.

Established in 1925 and published every month, Apollo is one of the oldest and most respected visual arts magazines in the world.

It covers everything from antiquity to contemporary work, as well as offering an in-depth discussion of the latest art news and debates; exclusive interviews with the world’s largest collectors and artists; expert market knowledge, authoritative advice on selection and reviews and previews of exhibitions worldwide.

The main focus of ImagineFX is the workshops featured in the second half of the magazine, which is published every month. Artists such as Ryan Church, Jonny Duddle, Martin Bland, and Henning Ludvigsen have contributed to the magazine.

The magazine comes with a DVD but has since moved to digital downloads that include workshop files and videos related to magazine tutorials, software samples, free fonts, textures, photographs, and Photoshop brushes. It also contains small segments of traditional and 3D art.

Every month, the magazine features an interview with artists such as Alan Lee, Larry Elmore, Frank Frazetta, and Jim Burns.

Since 1981, BOMB Magazine has been publishing conversations between artists of all disciplines. The creators of BOMB—New York City-based artists and writers—created BOMB because they saw a gap in the way artists spoke about their work and the way reviewers defined it.

Today, BOMB is a multimedia publishing house that produces, disseminates, and retains artist-generated content – from interviews to articles. BOMB comprises a quarterly print magazine, a regular online newsletter, and a multimedia collection of its previously published material from 1981 onwards.

Next on our list, Art Ltd. is an art journal that covers the modern art scene in Los Angeles. Over the years, Art Ltd. has grown in terms of its branding while at the same time providing us with perspective and an influential commentary on current trends in the art world.

This Art Magazine is a monthly publication with a full online edition available to subscribers. It is written with collectors, galleries, and traditional art painters in mind.

AAC gives us a glimpse of what the galleries and exhibits are showing. If you read it, you’ll have a chance to discover new artists from different countries and remain in touch with the market and all related auctions.

Holding all this in mind, it is safe to say that this Art Magazine plays a vital role in keeping us up-to-date with the art world.

This Art Magazine is a well-known global news outlet for art. In other words, you’ll be able to access premium content, expert art reviews, artist profiles, businesses, and articles about the pleasure of creating, purchasing, and understanding art.

At the end of the day, there is no limit to the cultural and aesthetic scope of this art magazine, and it comes with the utmost elegance, verve, and authority.

With a current circulation of more than 20,000 – the Art Journal, which launched in 1979, has a rich and lengthy legacy that testifies to its prowess.

Voila! There you have it! The complete list of the best art magazines and publications that you must follow in 2022!

Known for their aesthetic appeal and their in-depth commentary on art around the world, these magazines are sure to help you dive a little deeper into the beauty of the art industry!

So, fellow art enthusiasts, what’s the wait for? Go ahead and subscribe to these magazines and publications!

Did we miss out on your favorite art magazine and publication? Let us know by tweeting to us at @elink_io. We’d be happy to hear from you!

15 Business Resources Every Entrepreneur Should Know About! 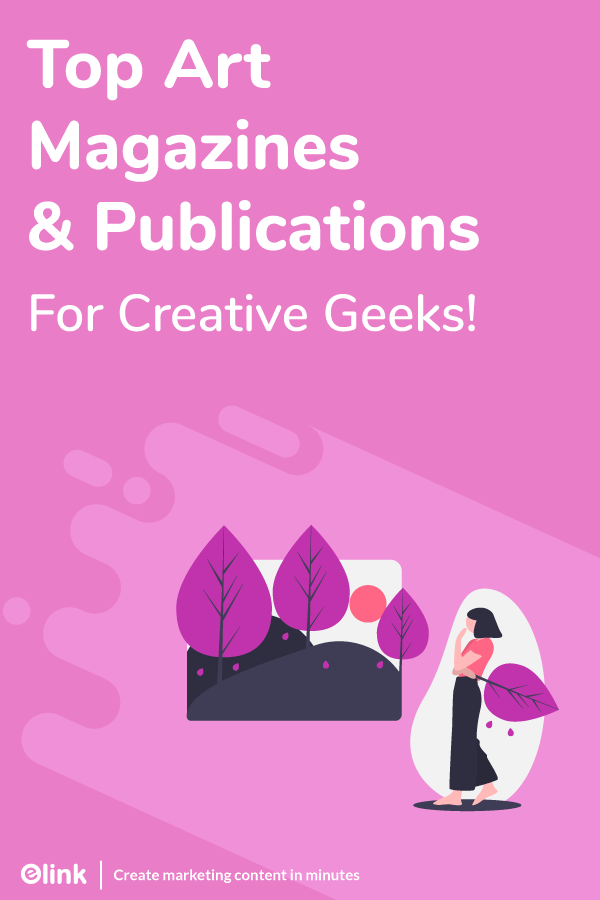 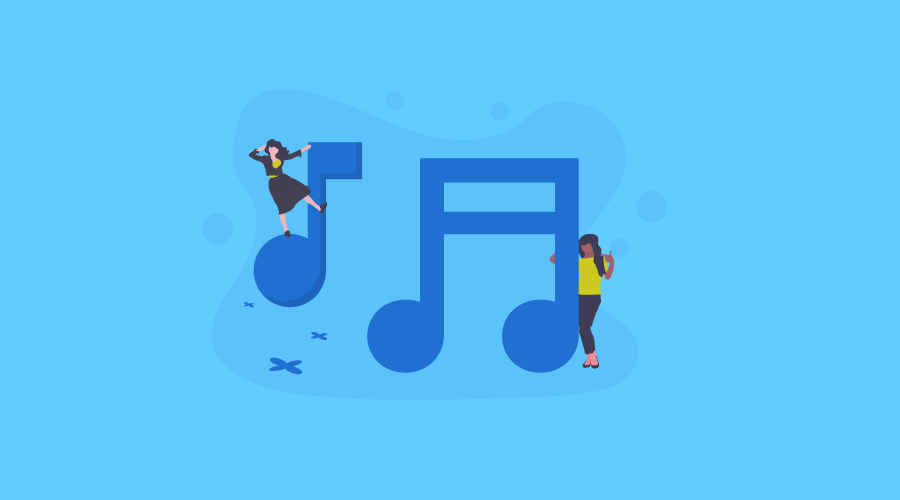 Music is the universal language of mankind. This saying of American Poet, Henry Wadsworth Longfellow is getting proved on scientific grounds. It is true that blood connects the members of… 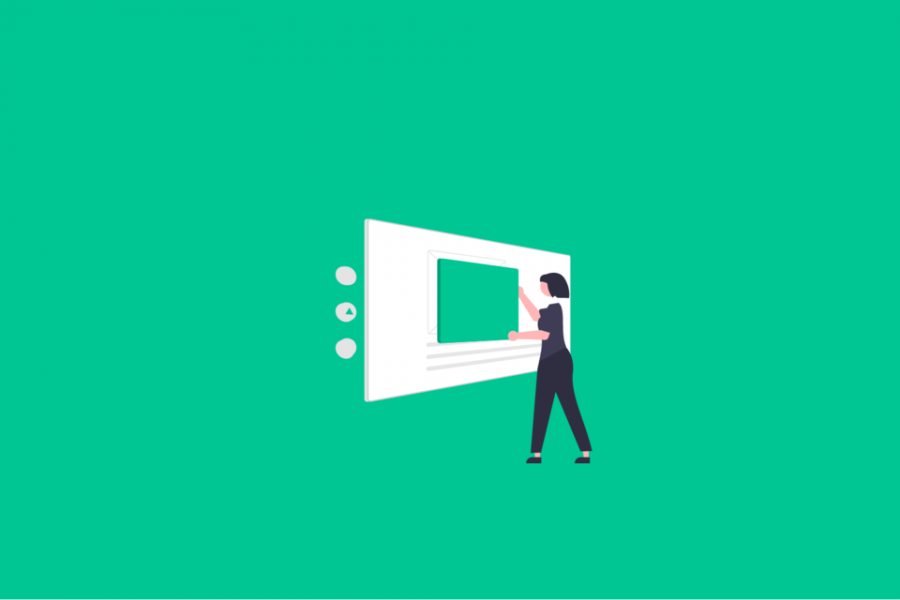 9 Squarespace Integrations You Must Know About!

When you want to set up your business online, you create an e-commerce website or an online store. However, we all know that it’s easier said than done. While the… 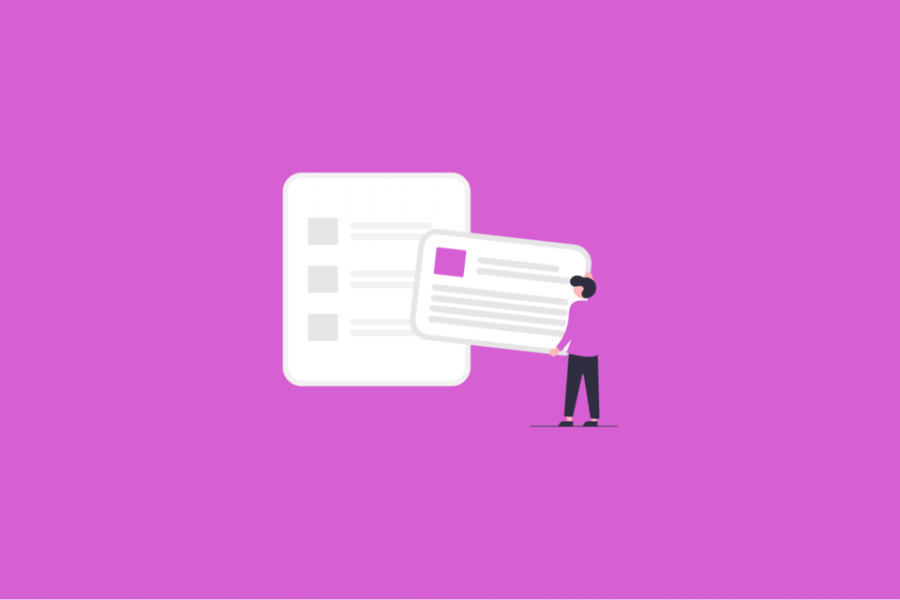 RSS News Feed: What is it and How to Create One For Your Website!