These days, everybody complains about the disappearance of magazines, but the fact is that magazines are actually resurging in popularity.

Although in the U.S. there are no “major” monthly print publications except Thrasher, there are a handful of independent zines and mags around the world that come out on a regular basis. Sure, their numbers aren’t big, but people are actively reading, loving, and saving them exactly in a way skate material should be consumed.

Most of us know that digital is theoretically preferable than printing for most items like premiering videos, sharing the latest tricks, debating mindless skate trivia, but skate pictures would never look as amazing on your Instagram feed as they do when they’re displayed on a sheet of paper, and they’re not half as fun to share or nitpick about with your peers.

With that in mind to make sure our audience is aware of their presence and maybe even help bump up their circulation figures, we have put together a list of our favorite magazines from across the world.

Eight years young and newly refreshed, Pop is the constant source of sailing, skating, and snow-obsessed news and content. Created and managed by Rick Baker and Dave Keating, Pop began with a little website on the side as a quarterly free press magazine. The magazine was digitalized in 2014 and is now run by a squad of committed contributors and a new look.

Formerly known as Kingshit, this is one of the finest written skate mags in Canada. In their early days,  they had contributors like Chris Nieratko and Dave Carnie adding a Big Brother mentality to their posts and interviews.

King manages to push the small area of published skateboard material today and offers locals and lesser-known personalities a lot of shine that makes skateboarding strange and fascinating. Three print issues are published a year but they add stuff all the time to their web. Over the years, they have also diversified to sprout similarly named mags for snowboarding and skiing. 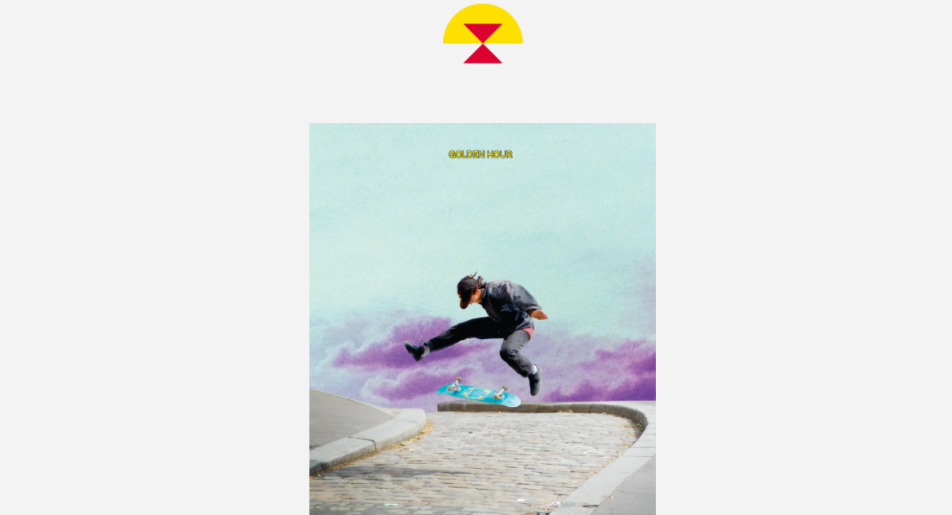 Golden Hour is a new publication by Matt Price, the photographer and CCS head honcho. Instead of stressing on any regular timetable to generate new problems, Price tends to see every issue as his own exclusive, limited-edition project and only prints new items when he’s good and ready.

Golden Hour is essentially the zine for old heads that only comes out once in four years and want skate content. The first issue was printed in 2017 and focused on a lot of skaters with whom Price could shoot around Portland, where he lives now. Guys like Nick Boserio, Dane Brady, and Emile Laurent, all seen inside a fancy red plastic baggie from Price’s ultra close-up view and packed on high-quality paper is truly a treat to watch.

Slam has been at the frontline of Australian skateboarding for 31 years and is the longest-serving and leading skateboarding publication in the country.

Slam is also the most prevalent Australian skate magazine, with four premium content issues a year. The good thing is the magazine is  Crafted for skateboarders by skateboarders.

Thrasher is a skateboarding magazine created by Eric Swenson and Fausto Vitello in January 1981 and printed by San Francisco’s, U.S. High-Speed Productions, Inc. It mainly of posts, photography, interviews, and skatepark reviews relating to skateboarding and music.

A website, which contains segments of titles such as ‘Firing Line’ and ‘Hall of Beef’, an online shop, a video library, a radio show and a forum for registered users, is also run by the publication.

Anomaly is a newer quarterly mag by Minnesota’s filmmaker Kevin Horn. It’s a little more focused on the artistic facets of skate photography and the skating individuals who would rather take an artsy curb shot or chat about a no-comply feeling than think about who’s done the kinkiest handrail trick this month.

Many of the skate images are meant to appear cool to both skate and non-skate fans, such as those experimenting in skater colours matching the colors of the place they are skating. They just don’t take anything too seriously, so there is a subtle mix of some cool doodling and fun lifestyle shots.

Kingpin was launched in November 2002 and remains the first pan-European magazine for skateboarding. The magazine provides the best of European skateboarding, its lifestyle, and history linked to it. Kingpin is jammed full of the skate scene’s latest news and trends.

The concept behind Pocket Mag is also to give skaters and the general public a glimpse into what is possible in the world of skating.

The makers believe that skateboarding should not be assessed in traditional working hours. There are certain spots that can only be skated on weekends or have to be captured in the morning at 2 am. You obviously have to be agile and be able to act instantly.

Andrew Allen and Aussie photographer Andrew Peters began Heaps Talk a couple of years ago publishing semi-regular material both online and in print. “Chat” is used to mean “shitty” or “bullshit” in the Australian sense, so if you feel salty, you might say that this mag is like a load of shit, but it’s really not.

The layout is very playful and unique as if two teens were pasting together a zine by hand and illustrating with bright markers all over the borders. You don’t see a lot of skate media being created by pro skaters, so it’s fun to see if someone who features in skate mags sees what you might look like.

So far there are two printed issues out there, but all their interviews and brilliantly taken photo features are on their website. If you’re in a mood for magical light and fun, this is the place.

Confusion is an underground skateboarding publication focused on skater-built skate spots and concrete skate parks across the globe, showcasing hardcore/punk bands and talented artists related to these urban scenes worldwide, yet often unknown.

The colored print of the magazine is now available in the USA, Europe, Japan, UK, Canada, Australia and spreads confusion around the world, fixing the boredom and discontent of people with the latest skateboarding magazines and newspapers.  Confusion Magazine really has a worldwide following and is not just for those who keep a copy of the print magazine.

Free Skate Mag is a pan-European publication that was launched in 2015 by Sam Ashley, Will Harmon and Arthur Derrien. All three strongly believe in print magazines and publish six Free issues in Europe and the US every year.

Skate Jawn is ten times what you’d assume from a publication that started in Philly and is now working out of a cramped apartment in Brooklyn. It’s an East Coast crust manual and while it’s featured on its classic black and white covers by guys like Ishod Wair and Antonio Durao, it faithfully covers the finest local skaters and sketchy backyard settings in the North East.

While Skate Jawn has expanded since 2010, to 50 issues, a full-length movie, and a DC shoe, it never lost the flavour that is apparent in its very first cover picture of a guy nose-picking off the top of a refrigerator.

The Sidewalk has been at the heart of the UK skateboarding scene for 20 years. When it was published in 1995, it was the first British skateboarding magazine, recording its legends and emerging stars through countless iterations.  Sidewalk made sense of a changing society and became the written equivalent of a way of living for many.

Manual is now New Zealand’s leading publication and platform for skateboarding and snowboarding, with global and international coverage of skateboarding, snowboarding, music and art, with a focus on professional imagery, graphic design and illustration.

Spain based BE Skateboarding publishes two issues each year and is available for free at skate shops throughout Europe as well as online for ~$5. In case you want to have a little taste before committing to the entire thing, they’ve printed four issues so far and give multimedia previews.

There’s a real emphasis on visually appealing, sleek projects that show not just the tricks, but also the perspectives of the spots and photographers. Think highbrow, more like classic Spain than hardy Barcy’s party. It is always a joy to see European skateboard publications making full use of their gorgeous spots.

Do you want to flip pages, rather than browsing or swiping? Then grab a newly printed skateboard magazine or skateboarding book and get the full low-down-analog type skateboard! Ignore the charm of social media for a second and let yourself enjoy skateboarding with your full attention!

Automotive Blogs and Websites For Every Car Enthusiast! 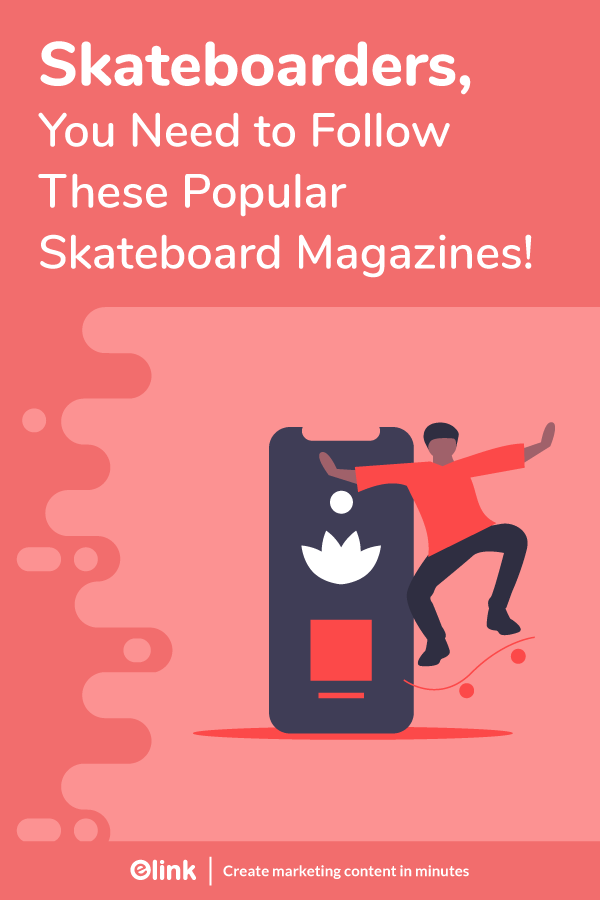 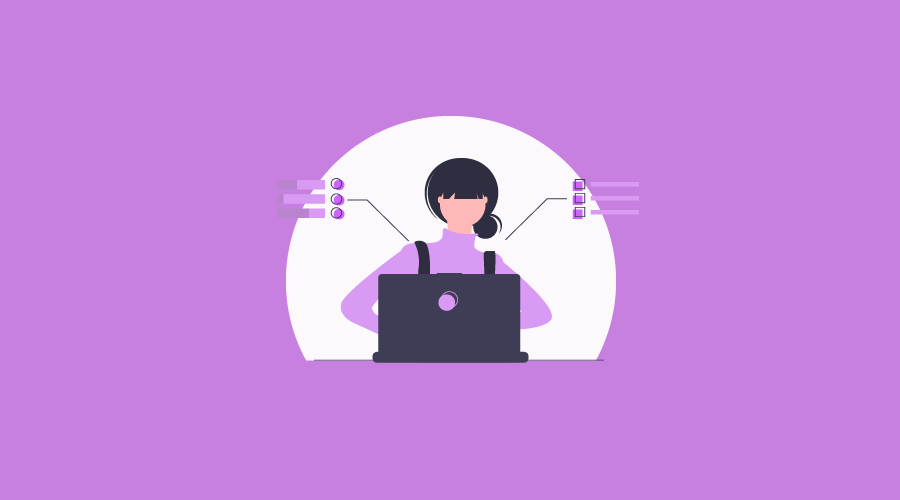 You’ve created a website and it fulfills a set of objectives perfectly. However, if you want to be successful online, offering limiting functionality won’t do it.  You need to go the extra… 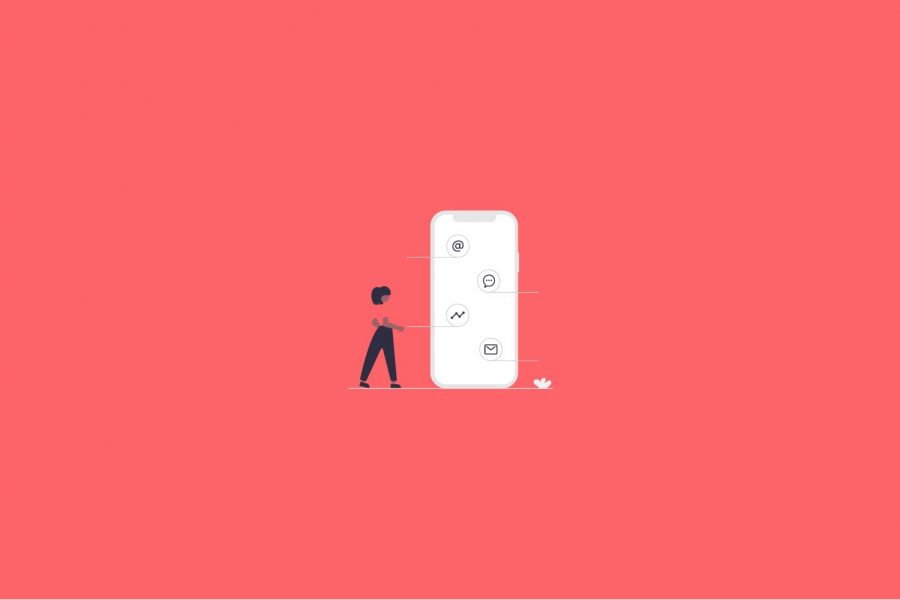 The first clickable advertisement hit the internet in 1994 and since then, digital advertising has become one of the most important channels for businesses around the world! The reason is… 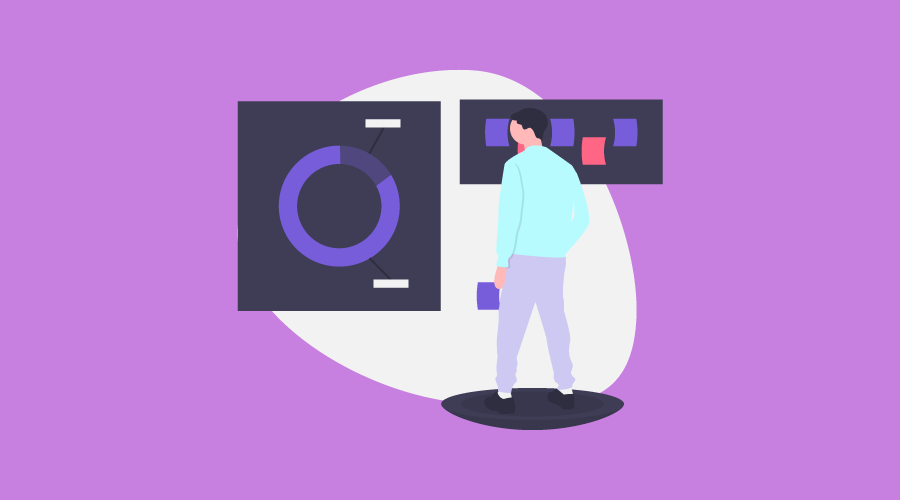 Top Tips on How to Create and Market Your Product Page?

Want to know how to create the perfect product page? Read on to find out how you can create an awesome looking product page in minutes with elink! It’s estimated…