Today, anyone can start a blog free-of-charge, and hence a rising class of political bloggers has emerged. There is no shortage of political blogs and websites, but those that would hopefully help break through the noise are the ones we look out for.

However, it can be daunting to come to the cold of the internet to search for well-written, insightful political blogs, and websites.

Given the skewed nature of politics, not only in one country but also around the world, the “news bubbles” formed so quickly around readers due to the algorithmic steering of search engines and social media streams.

Your political blog search results can be philosophically and politically distorted without you ever knowing what you want. To bring you the best political blogs and websites arranged on a platter, we decided to make a list of the blogs you should definitely follow!

The chance to get overwhelmed with sensational and unreliable news arrives with increased freedom to share our views. The internet is teeming with a wide variety of well-informed and insightful blogs. Below is a list of the most-read political blogs and websites that you must follow.

What began as a Nate Silver passion project, then mainly recognized as a baseball analyst, has morphed into a behemoth of statistical analysis. In 2008, when it switched away from conventional polling in favor of a predictive approach that favored demographics and historical voting data- a concept that other analysts dismissed, FiveThirtyEight attracted mainstream coverage.

People started to believe in Silver after he began to correctly forecast every Senate race in the general election that year. In 2014, ESPN acquired the site, but now FiveThirtyEight covers more than just politics and has expanded into general data journalism territory. Still, the website’s in-depth statistical study is what makes it one of the world’s best political sites.

Michael White stands out on all the political blogs and websites on our list. He is never predictable with his outlook on incidents and delights in debunking. Where fewer seasoned lobby journalists speak a story above its credibility, White, the Guardian’s former political editor, sprays it down and puts it in historical context.

He is one of the contributors to the Guardian website, whose feedback is led by forensic, persistent and cunning Andrew Sparrow, who led the way through incidents like the Chilcot investigation into the Iraq war via live blogging.

Daily Kos is another blog that isn’t coy about its political leanings. It’s classified as the 865th most visited site in the U.S. of the top political blogs. The blog was initiated as an outlet by Markos Moulitsas, a veteran, to voice his opinion. He finds Daily Kos to be more than just a news website. With more than 3 million people signing up for the Daily Kos newsletter, it’s also a hub for campaigners and their own special culture.

This is a very useful forum for those who like to keep an eye on survey patterns and want expert feedback on them. Wells works for the YouGov polling company and knows the positives and suspicions in polling.

Anthony draws together a database of past and future electoral information and lists key battlegrounds for the next election and priority seats and marginals. There are also constituency profiles of each seat. So it’s not completely about obsessive politics. You will find his comments are open and the review is reasonable and factual.

In 2005, Think Progress started as a news recap and commentary blog. It is now a newsroom with the resources to be one of the top political sites, professionally funded and staffed. A self-professed activist blog, but retaining editorial freedom, it is sponsored by the Center for American Progress Action Fund.

The blog is highly recognized for its Climate Progress segment, which reports climate change and its effects. Some peer-reviewed journals such as The American Economic Review hold reporting from this section.

As Labor modernizers want to term themselves these days, the place to launch the search for intelligent opinions and news about the center-left, or the ‘progressives.’ The left had nothing to contend with the many Tory blogs so long, but Straw helped to fill the gap.

This is ideal for news/analysis and has the “inside loop” atmosphere. Instead of “promoting individual politicians and parties,” Straw says his blog is about policies and advancing progressive goals. ThinkProgress.org of America inspired it.

On the left of British politics, the Fabian Society has been an important force in the development of public policy for more than a century now. It has even established an amazing online presence with Sunder Katwala as the general secretary.

In the battle against the right’s former blogging domination, his erudite and forensic blog played a significant part. Due to their current far-right EU allies and their muddled plans for tax cuts for married couples, Katwala got trapped with the Tories. It is quite interesting to see the Labor movement’s traditional thread being so actively involved in digital media.

Foreign Policy Blogs is the top foreign policy political forum that is more like a blog network. The blog raises funds from the Foreign Policy Association (FPA), a non-profit organization formed in 1918, primarily to teach Americans the significance and substance of foreign policy concerns.

The blog workers do not work for the FPA directly but instead come from the areas of media, academia, non-profits, NGOs, and industry. The diversity of perspectives guarantees a varied outlook on views and study.

The Huffington Post is an American political blog and news network owned by AOL and managed by author and activist Arianna Huffington. Although HuffPost launched with a more purely political emphasis, it has attracted many celebrities and public figures to be guests and semi-regular columnists.

Staines is a founding member of the Committee for a Free Britain. Since it breaks the news, the Guido Fawkes blog is hard to overlook. Gordon Brown’s spin leader, Damian McBride, had to quit Downing Street after disclosing his emails and spelling out plans to smear leading Tory and other politicians. The blog, though right-wing, is anti-establishment in the broadest way.

It’s important to get out of the comfort zone while watching politics and watch what’s going on worldwide. Although Politico Europe can sound like a fraud since it is sponsored by Politico magazine, it is hard to find a platform that covers international politics and current affairs, as well as Politico Europe, does.

Are you thinking about what is happening in Slovakia? The Press Coverage of Politico Europe is up-to-date and offers an overview of what other news sources are reporting.

InstaPundit is a libertarian blog, and its related Twitter account is also named the same. It is run by  Glenn Reynolds, who happens to be a Professor of Law at the University of Tennessee. InstaPundit was launched as part of an experiment for the law class of founder Glenn Reynolds in August 2001.

The blog exploded in popularity when the September 11 attacks happened a month later. Some also point to Reynolds as the “blog-father” of the blog genre known as war blogs. War blogs, often with a pro-war slant, are usually dedicated to reporting a war. InstaPundit also reports social media events, such as the #MeToo hashtag, and technological and economic news.

Where to find? https://pjmedia.com/instapundit/

Wonkette is a forum for American political news and commentary, known for its satire and gossip. As part of the Gawker media network, Wonkette was created in 2004, with writer and blogger Ana Marie Cox as its founding editor. The publication takes a liberal standpoint, and it acquired momentum through its coverage of the 2006 US midterm elections.

The key people on Wonkette’s masthead include Rebecca Schoenkopf, editor, publisher, and owner since 2012, Marty Kelly, Managing Editor, and contributor and Evan Hurst, Senior Editor. They write much of the site’s content, but daily contributions come from other writers as well.

Commonly referred to as TPM, it was created by Josh Marshall in 2000, initially as a personal blog reporting on the Florida recount in the presidential election of that year. With 21 million page views and 3 million unique users per month as of May 2012, TPM is one of the biggest and most popular political blogs and websites on the internet.

Finkelstein is a chief lead writer and a critic of The Times. He is a former advisor to the Tory party as well. As he puts it, his Comment Central is a “moving reference to the best view on the internet,” and there is an analytical undercurrent to his writing.

He has lately been in a lively debate with the Daily Telegraph’s Janet Daley and never gets shy to get embroiled in blogging rows with fellow columnists.  Daniel was appointed to the House of Lords in 2013 and named political commentator of the year at the Editorial Intelligence Comment Awards 2010, 2011, and 2013.

Mother Jones is a reader-supported investigative media outlet that was honored as Magazine of the Year in 2017. From politics, criminal, racial justice to education, climate change, and food/agriculture, their non-profit newsroom goes deeply into the biggest stories of the moment. Founded in 1976, Mother Jones is the longest-established San Francisco based investigative news organization in America.

Numerous blogs claim themselves and discredit their opponents as the best political blog and website available. Although everybody looks to overdo the other, the sites listed above are the perfect jumping-off points for those looking for quality analysis and diverse subjects.

We understand subscribing and visiting these websites one by one can be frustrating. Have you checked out the elink RSS reader? You can subscribe to all these political blogs and websites on elink and get all the news in one place. elink is also a news curator, so you can create collections of your favorite articles from your political feeds and create newsletters or website widgets to showcase the best news.

15 Inspirational Websites and Blogs to Motivate You!

Top 10 Educational Blogs You Must Check-Out! 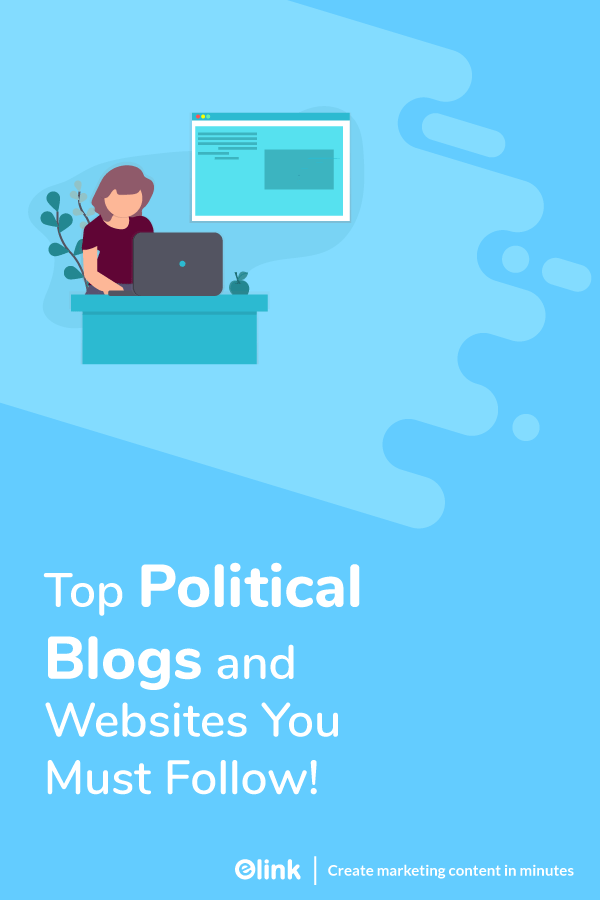 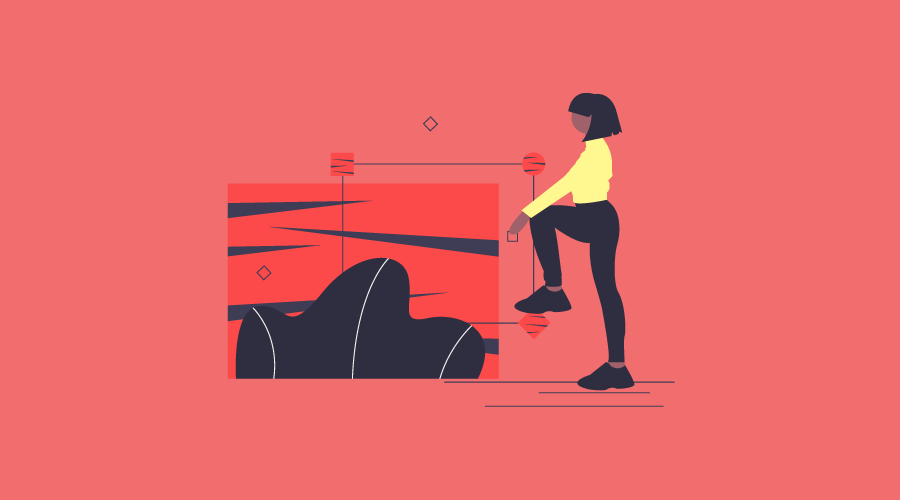 Our smartphone cameras continue to evolve day-by-day and as a result, we rely on them to capture and house thousands of our personal and professional photos. Therefore, with the rise… 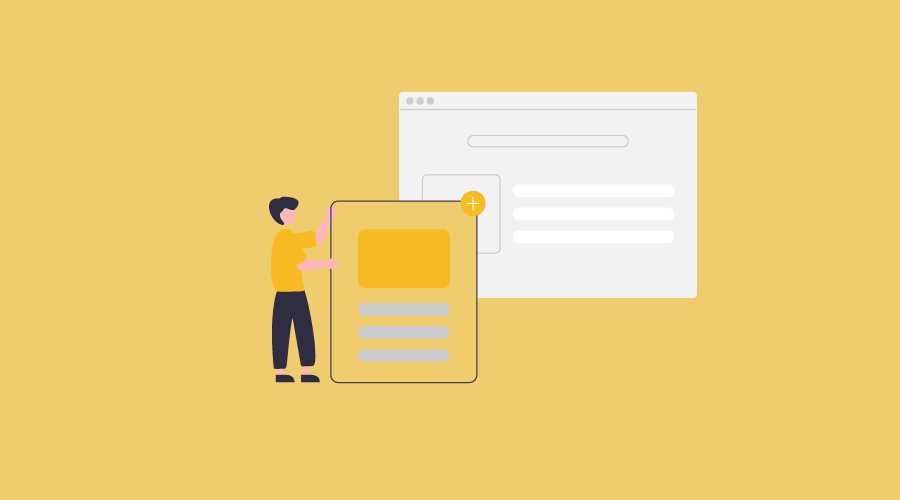 Looking for some awesome RSS Feed Widgets to improve your site? We have got you covered. Read on! When we look back to the days when social media didn’t exist,… 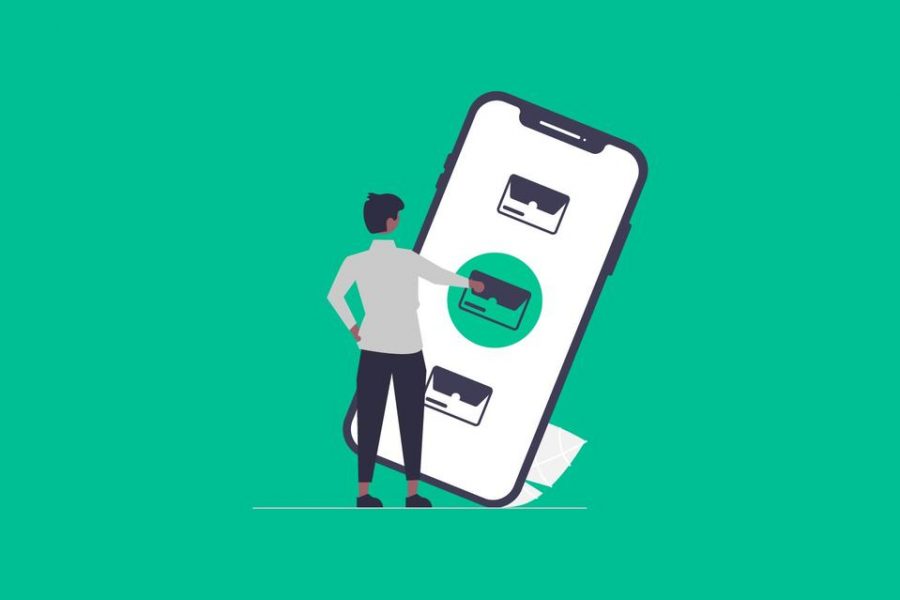 7 Tips & Tricks For Sending Outreach Emails That Get Replies!

According to stats, an average office worker receives 121 emails every day. This includes emails from people they actually know, promotional emails, cold emails, and more. This brings up the…