Isn’t it intriguing to think about life on other planets and our own while looking at the night sky?

When it comes to astronomy, there is literally an infinite amount of knowledge to be learned. Perhaps, the best place to gather all of this knowledge is in an astronomy magazine or publication. These magazines offer astronomy buffs the ability to learn about celestial events that they may otherwise have little chance of experiencing. You also get a chance to discuss them with people who have similar interests from all over the world!

Here is our list of the best astronomy magazines and publications to take your astronomy hobby from the atmosphere to the blogosphere.

Here are 13 of our top favorites that deal with science, astronomers, space travel and a lot more. Some of these publications are free, while some of them require you to subscribe first. These magazines also contain tips and tricks on how to use telescopes, stargazing, a Q&A section, star charts, and much more. Let’s dive in!

The Apollo Lunar Surface Journal is a record of the lunar surface operations performed by six pairs of astronauts who landed on the Moon from 1969 to 1972. If you want to know what happened during the missions, this journal is for you!

The journal includes an updated transcript of all recorded communications between the crews on the lunar surface. There is also comprehensive, interwoven commentary on moonwalking by the Editor and ten of the twelve astronauts.

Apart from this, all the text for the six active landing missions as well as several photographs, charts, equipment sketches, history documents, voice recordings, and video clips are also included.

The report aims to help make the lunar experience more transparent and understandable. In the words of Neil Armstrong, the journal is a “living document” and is continuously edited and revised.

Science News is a weekly publication covering all disciplines, including space exploration and astronomy. The reports distill the science of the day into digestible bites and give the reader new findings along with a positive feeling about the world.

Science News is a magazine by the ‘Society for Science & the Public’, an organization supporting scientific study and education. Science News also has a very well-developed online presence for science teachers and their students and is a gold mine of knowledge.

In this era of technological advancements, many science authors and lovers find the magazine a good background reading.

Scientific American Magazine is being published since 1845, making it one of the longest operating publications in the whole of the United States. This monthly publication, aimed at general science audience, addresses science topics that are simple and complex.

Subjects such as environment, energy, technology, and medicine are addressed in a manner that all kinds of readers can understand it. Every month, Scientific American brings convincing physical and social science content, including the latest in research and cutting-edge advances.

ATM Letters is a bi-monthly astronomical journal that has been in publication since August 2003. ATMLJ is the top-ranked magazine for individuals who are serious about making telescopes. It’s also perfect for those who want to learn more about telescopes in general, their history, and their growth.

Initially, ATMLJ was developed for amateur astronomers and telescope makers and will remain true to that mission forever. Each edition includes several programs designed to allow you to evaluate the efficiency of telescope systems quickly and easily. Each issue comes with all kinds of information on all types of telescope-making subjects.

SkyNews is the premier astronomy journal in Canada. Edited by Canadian science writer Terence Dickenson, the magazine has been in the house since 1995. It includes star maps, observation guides, and narratives of special interest to Canadian observers.

In particular, it includes the operations of Canadian astronauts and physicists. Digitally, SkyNews showcases a ‘picture of the week’, information related to astronomy, and several other features.

Check it out for some new and amazing stargazing tips!

Discover Magazine is designed for the individuals out there who are inherently eager to discover new items. This leading science journal supplies the latest and best in science, physics, ecology, technology, and medicine with 10 issues per calendar year.

The emphasis is not only on the group of key science subjects but also on how daily life is influenced by science and technology. The magazine carries a blend that can be hard to beat. The authors’ deep understanding lets you explore the newest breakthroughs and forecasts the next developments, in the simplest manner.

StarDate is the general education and outreach arm of the ‘McDonald Observatory of the University of Texas’. Their radio show runs on almost 300 stations daily. And for those involved in scientific activities and space exploration, their famous bi-monthly astronomy magazine is the ideal sky-watching companion. They also provide astronomy services to students, the media, and the public. 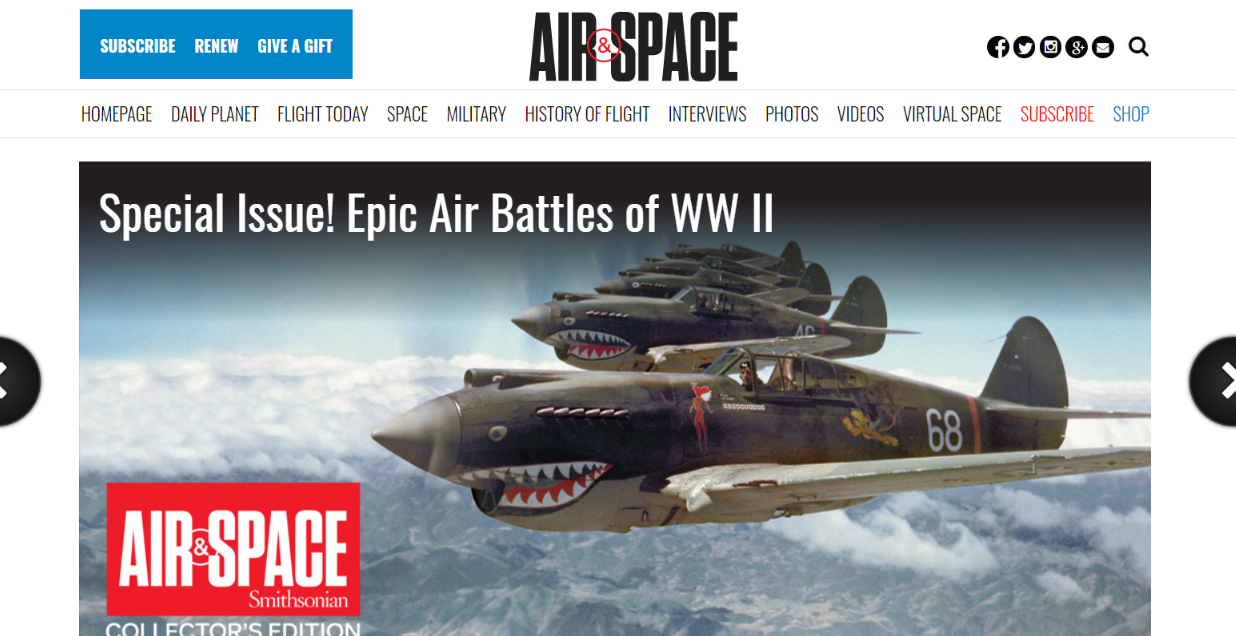 The ‘Smithsonian National Air and Space Museum’ is one of the world’s pre-eminent research centers. Objects from the era of flying, the space age, and also some fascinating science fiction items from films such as Star Trek can be found in the halls of this iconic museum. Located in Washington, D.C., it consists of two houses: The NASM on the National Mall, and the Udvar-Hazy Center near Dulles International Airport.

The next best thing for anyone who can’t get to Washington is to read the Smithsonian-published Air & Space Journal. It features interesting stories about great new achievements and technology in the fields of aviation and space, along with past looks at flight and space travel. It is a handy way to keep up with the latest stuff in aeronautics and space travel.

Published in simple words with images and illustrations, this publication is read by veterans and novices alike. Popular Science could be perfect for you if you are trying to find the latest news and information on the recent advancements and technological developments all in one place.

In January 1972, the first issue of Mercury magazine appeared as a prominent bi-monthly publication to offer a greater public understanding of astronomy. For the non-specialist, it was meant to view the outcomes of astronomical studies and was packed with high-quality space news, observations, guides, and features for the members of the Society.

By 2007, when the world became digital, Mercury magazine was sold in print and digital form, switching to all-digital a year later. For ASP members and institutional subscribers, Mercury magazine continues as a weekly multimedia publication. As the magazine has been released online, it now has a presence beyond its subscribers, highlighting known columnists, latest space news, and more in a modern and up-to-date blog style.

The first issue of Astronomy Magazine was issued In August 1973, which was 48 pages long, with five feature articles plus information on what to see in the night sky for that month. From then onwards, Astronomy Magazine has developed into one of the world’s leading astronomy publications. It has long called itself “the most beautiful astronomy magazine in the world” since it went out of its way to feature breathtaking pictures of space.

The magazine features star maps, as well as advice on purchasing telescopes, and focuses on good astronomy, like many other publications. It also contains in-depth reports on professional astronomy discoveries. Astronomy (owned by Kalmbach Publishing) also sponsors visits, including eclipse tours and observatory journeys, to astronomically fascinating places on Earth.

Since 1941, Sky & Telescope Magazine has been a leading source of space science and astronomy coverage. Both facets of amateur astronomy are discussed in this monthly magazine, including recent space science activities, the latest in astrophotography, tips on amateur telescope techniques, and current astronomy events. Sky & Telescope readers can learn how to view the night sky, buy the appropriate equipment to observe the sky, and learn about astronomy.

There is practically an endless amount of understanding to be gained when it comes to astronomy.

The magazines we have mentioned above contain plenty of sumptuous night sky photos (you can learn how to take pictures of stars for yourself at night!) and useful astronomy facts.

We figured it would be helpful to bring them all together under a single roof so that you can find the best one for you, stargazers!

Want to keep all the astronomy-related information you find online in one place?

elink.io is made just for you! It’s a content curation tool on which you can create collections of your favorite astronomy blogs on the internet. You can even download elink’s ultra-fast Chrome Extension and save anything online as a visual bookmark.

Check it out today! 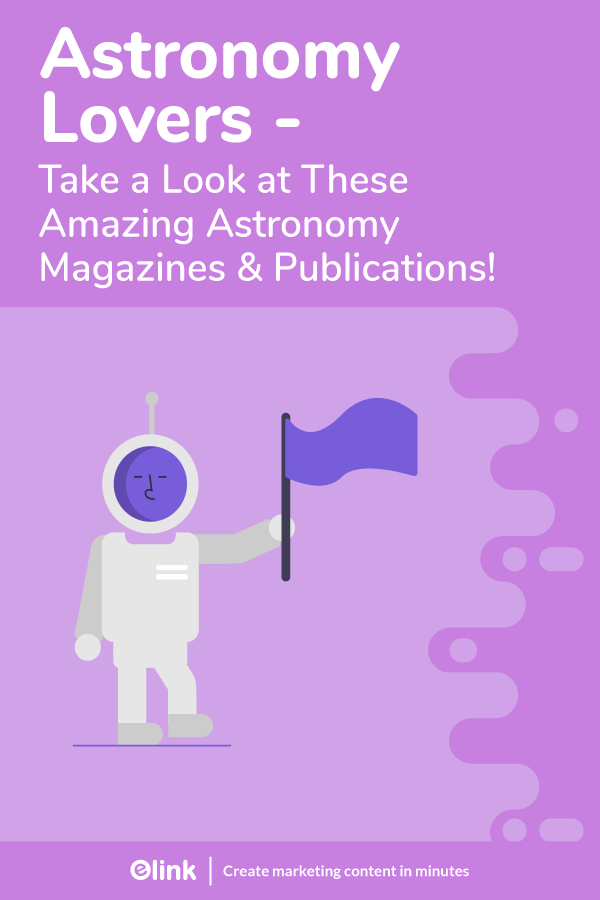 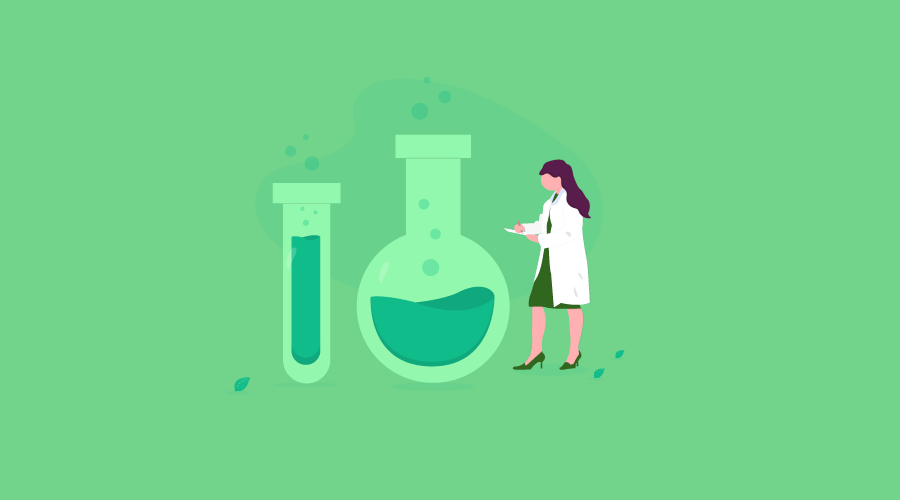 Science is deeply embedded in our daily lives. It is the basis of numerous disciplines. The discoveries in the field of science have contributed to a greater appreciation of ourselves… 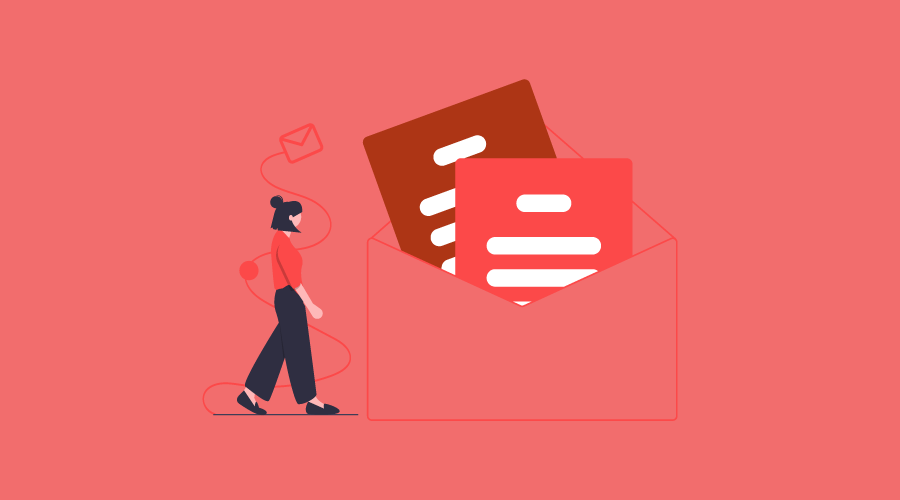 Did you know that the first email was sent nearly 50 years ago in 1971?! Crazy, right? Email was so revolutionary that it’s still our primary mode of communication, especially… 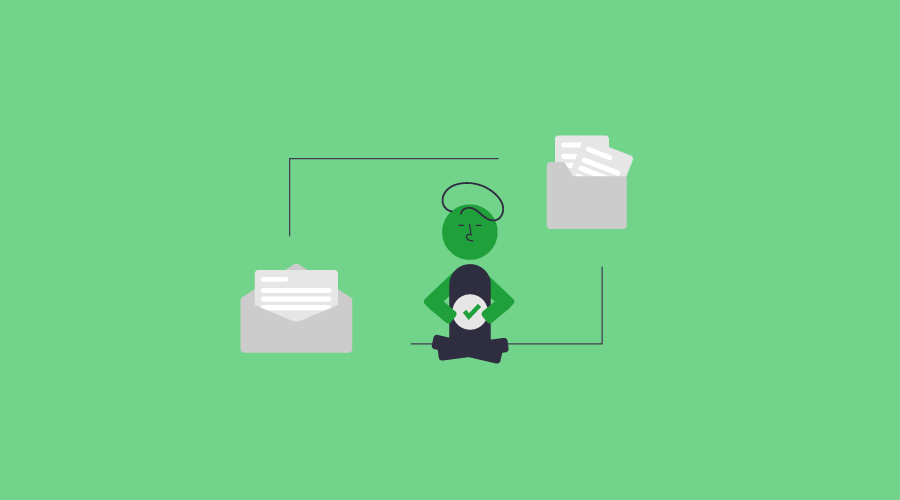 When was the last time you sent a business mail or received one from a partner or an employee? Well, maybe a few minutes ago, or hours? Yes, email is…