Pranks, for a common man, is designated to the day of April Fool. This is the only day out of 365 days when you play the red naughty button in your mind and fool people. Not only this, but the memory of this day stays in your mind for years to come making you giggle at its mention.

While there are fanatics who do it for amusement, there are people who do it to earn their daily bread and butter. Yes, PRANKSTERS. They go to places, fetch sponsors, record their pranks, and put the video on the public platform.

Mind you, there don’t play ordinary cards. Their pranks are as big and real as threatening people to kill them in public places, car crash pretense, and many more that can get your pants wet if they ever happen to you!

YouTube since its inception has been the most accessible and encouraging platform for people to reach out to the audience and traffic in a few days. All that a prankster needs is an idea, its execution, and finally the means to get it viral, and YouTube is the best for it!

So fellas, explore our list of the Best 15 Prank YouTube Channels, with over a million subscribers and viral video content for which they got famous. Let’s jump right in!

Roman Bernard Atwood is a famous prank star on YouTube. It won’t be outrageous to call him and his channel the trend settler among other prank youtube channels. Atwood’s pranks are of the ultimate level.

Be it covering the house completely with toilet paper or devising a car crash, Atwood’s channel draws a swirling army of over 10 million followers! THAT’S BIG!

Though his channel is now inactive since 2006, his videos are still enjoyed, laughed at, and rewatched by people.

Vitaly Zdorovetskiy is a Russian-born YouTuber. His skills at planning and executing a prank cleanly is what makes him the best. His video Miami Zombie Attack Prank was inspired by the cannibal attack of a homeless man in Miami which earned him huge fame in 2012.

With over 10 million views on his channel, VitalyzdTv is the best for collaborators and partners for brand sponsorship. His ideas are unique and capable of making you jump out of your chair.

Well, this prank series can REALLY get you gagged. Just for Laughs: Gags is a Canadian television show with stand-alone prank episodes which operate using hidden camera reels only! What started as a show has now a devoted youtube channel with more than 10.5 million followers.

The silent format makes it even more famous among people because then you ONLY get honest reactions without any retakes and cuts. The entire series uses the hidden cameras as tools for spying over unsuspected objects and capturing the reaction of people to them.

Pregnant Little Girl and Panty Thief are among the most talked-about episodes of the show.

Rahat Hossain is known all over the world because of his YouTube channel MagicofRahat. Rahat is a vlogger and prankster with hues of magic tricks in most of his acts. This American YouTuber has a devoted fanbase making his channel blessed with over 6.9 million followers on youtube.

His Drive Thru Prank Series made him noticeable and was invited on the world’s most famous talk shows like Fox and Friends and The Ellen DeGeneres Show making him popular instantly.

Have you ever seen the pranks that couples play on each other? I know this can be really interesting and hilarious at the same time.

For your lover’s prank dose, we have in our list of the best prank youtube channels, Jesse, formerly known as PrankvsPrank. PvP is the YouTube channel created mutually by Jesse Michael Wellen and his then-girlfriend Jennifer.

It started as a channel dedicated to the couple playing pranks on each other and posting those videos on YouTube. The initial uploads included the cinnamon challenge from where this thread of serial couple pranking began. However, now that they have split, the channel is entirely owned by Wellen.

Want to get quick comic relief from your mundane life? If yes, then this is the missing link.

Rémi Gaillard is a famous YouTube-based French prankster. From all the pranks he has played, his feigned appearance as a Lorient football player in the 2002 Coupe de France final match made people run into disbelief. Thanks to his football skills that helped him go unnoticed!

The subject of his videos is simple like behaving like an animal on the street or dressing up oddly in public but even with all the common drama he has managed to hold his fanbase, and that too strongly because his style is outrageous humourous.

Calling himself as a Social Experimenter is Coby Persin, a male model turned prankster. YES! A prankster and a model, what an annoying combination! His early works were based on pranks and revelation videos around famous and pretty people.

Later in his career, he took a social turn, and now his tricks are a fantastic fusion of silly jokes, random interactions, stunts, trolls, and much more.

Initially inspired by Roman Atwood, Coby has now entered into the league as an unmatched prankster. There is nothing more to say if you have seen his classic ‘Fake Obama’ prank at Times Square. If not, then what are you waiting for?!

This channel can be your secret guide to pranks! This YouTube channel brings you the most amazing prank ideas with a demo watch! Haha yes, call it your prank manual or a go-to laughing dose, this channel is probably the best prank youtube channel teaching people how to prank.

So How to Prank it up is all set to get you laughing all the way through. Crack-up with howtoPRANKitup right now by subscribing to it!

Gone are the days when the clowns were the subject of good laughter. Now clowns can get you scared by switching on to their creepy side. Yes, not kidding!

DM Pranks is an Italian YouTube Channel owned by Matteo Moroni. The main character winning the hearts of the people (and scaring them) is known as the ‘killer clown’ that goes barging into people in public places with hammers! Scary!

It has been six years to Fly Away Baby Prank by Whatever that firmed the position of this channel among the prank youtube channels. Whatever is all about pranks, social experiments, and crazy randomness. So subscribe in for laughter and spare some forgiving to the people it happened to.

Prank City is among the prank youtube channels that target and pisses off the females by their cheating on girlfriend videos. Above all, this channel has the most famous kissing pranks going totally insane that you must watch out NOW!

Andrew Gerald Hales is known for his role as a prankster and vlogger on YouTube, filling the hearts of people with wonder, amazement, and laughter. LAHWF is the name of Hales’s YouTube channel and it stands for “losing all hope was freedom” which he picked up from the 1999 film, ‘Fight Club’.

The most famous video from this channel includes Hales holding random people’s hands in public, which originally struck him in 2012 and went viral.

Jack Vales pranks people for a living. Jack Vales is an American prankster who loves to play pranks on people for entertainment. While most of the pranksters target the young generation, Vale’s pranks welcome the family to their channel. His videos can be viewed for laughter in a family get together. Good people!

Chris Chann is an LA-based skateboarding vlogger and prankster. Crossing over 1.4 million subscribers on youtube is Chirs Chann’s channels, skateboarding through the surprising world of playing pranks.

Skateboard is Chann’s way of documenting his pranks. His skateboard is more than just material in his videos; it is the medium that highlights the sense of urgency and immediacy when he encounters ghosts and scary appearances.

So people, get on his racy board and get spooked!

IE is the platform of mob pranksters, playing pranks on people for the pleasure of laughter. This New York City-based group is formed by Charlie Todd in 2010 with “We Cause Scenes” as their tagline. The pranks that they undertake are called missions to cause chaos and joy.

In May 2009, Harper Collins published a book Causing a Scene by Charlie Todd, the founder of this notorious group which highlights the inner workings and behind the scenes of some of the stunts of the group.

There you go! This was our pick of the best Prank YouTube Channels that you must subscribe to in 2020. So fellas, what are you waiting for? Get your match from the list and indulge in this maddening endeavor of watching people getting pranked.

Also, did we miss out on your favorite prankster? If yes, tweet us @elink_io. We’d be happy to hear from you. 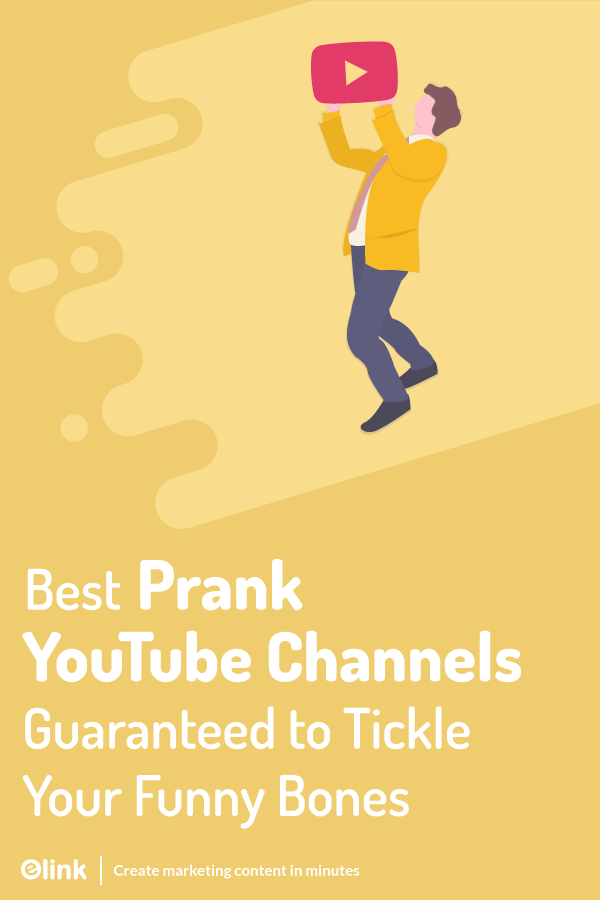 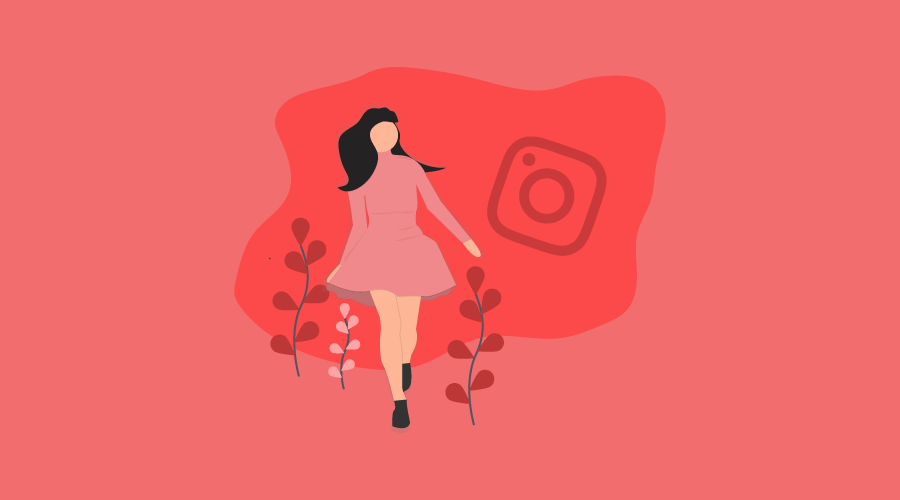 Looking to up your influencer marketing game? We have curated a massive list of the top 100 Micro Instagram Influencers (and counting!) to help you get started! On average, Instagram… 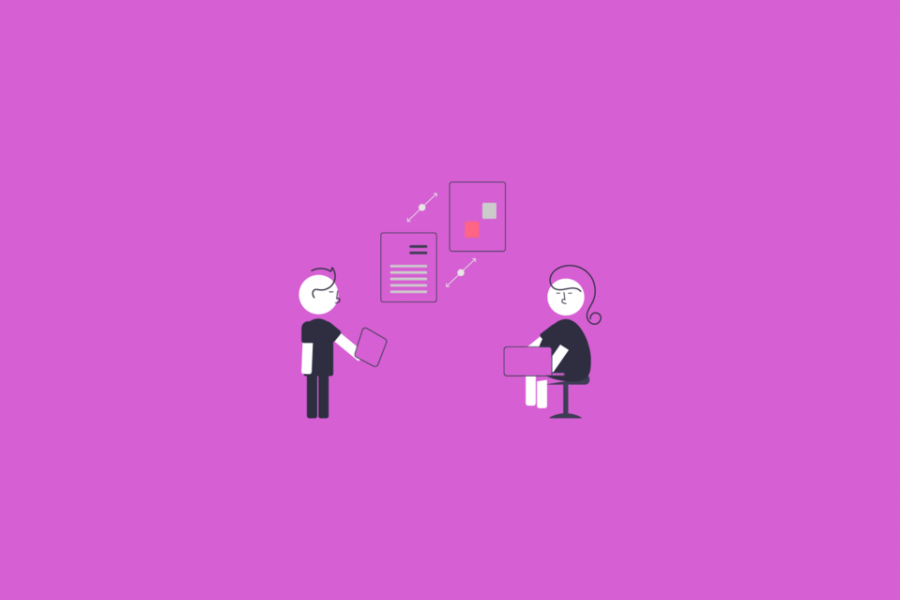 Being an entrepreneur or a business owner is never an easy job. And the fact that there are way too many things happening in the business world doesn’t make it… 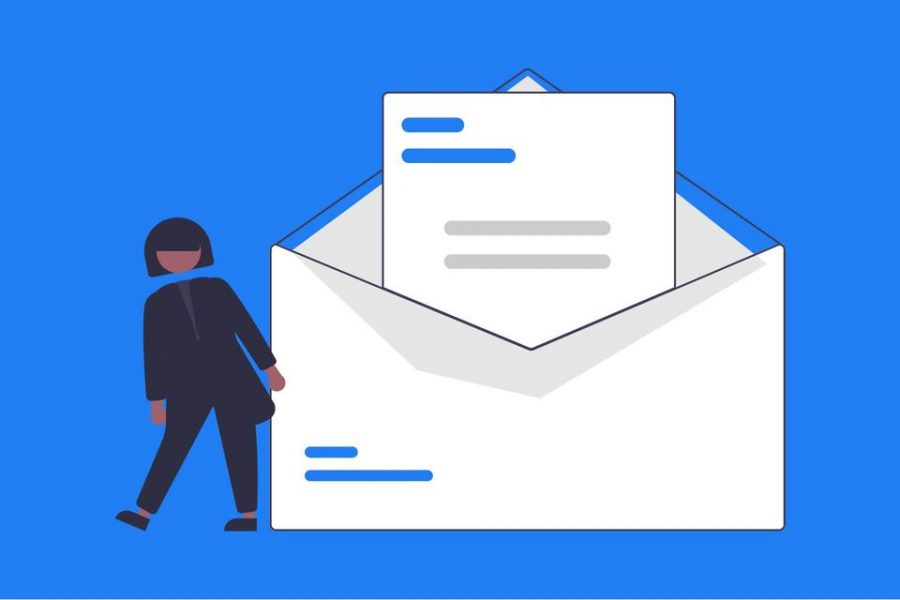 Here’s a question for you: why do subscribers join an email list? The answer is quite simple – to receive content that gives them immediate value. However, simply offering valuable…