The easiest way to cure Monday blues is to get your go-to funny YouTube channels on hand.

Whether you are having a troublesome day or you want some mid-day relaxation, YouTube is that one place that always comes to the rescue.

First planned during its early days as an online dating service portal that has now developed into an amazing internet website and smartphone application for almost all social networking platforms, YouTube is not only a video sharing spot for everyone to share what they capture on their camera but also an ocean of people who post videos of all sorts of mind-blowing content.

Everyone has their own taste of what’s funny, so keeping that in mind, we’ve put together a list of the top 13 funniest YouTube channels to suit the needs of different types of people.

We have all the bases covered, from talk show channels to a talking orange. Many of these YouTubers have top trending ranks that you must totally check out!

Nine years ago, Jenna posted her first grainy Marbles video, “Charles Franklin is a Sad Sad Man.” She followed it with a rant about her roomie, but “How to trick people into thinking you look good” earned her YouTube status.

In recent years, her content has focused more on her life and four dogs: Marbles, Kermit, Peach, and Bunny. She also likes to experiment with content, like experimenting with Solomita beauty trends and trying out odd crafts and outfits.

Jenna created an advent calendar for her dogs in a few of her recent videos, turning her hair into a track of hot wheels. She has also celebrated 20 million subscribers recently.

You’ll get a little snap into Jenna’s life every Wednesday/Thursday, and you won’t watch a video without the impression that the world is a little better because she’s there.

Treesicle is a funny youtube channel to subscribe to if you don’t like tuning into YouTube drama until you get the full story. The group comprises Grant Ball, Ryan Kroner, Tyler Baron, and Mike Pixley, who review the latest gossip floating around in all humor and set aside the time to explore them before they come to a result fully.

The good thing is that Treesicle ‘s videos are never very long, unlike some other funny YouTube channels. They tend to be around 10 or 20 minutes, and they give you everything you need to know without getting bored.

One of the most entertaining videos in the entire debacle, for example, was Treesicle’s video on ProJared. Another remarkable was their “The Story You Never Knew” series, where they covered several other issues.

First We Feast began as a food blog and continues to post content on their website regularly. The show gained popularity when their segment called “Hot Ones” hosted by Sean Evans. It became their dominant video content where Sean Evans urges A-List celebrities to eat ten chicken wings with increasing hot sauce levels on each wing.

He asks his guests to answer questions and hits them with personal questions. You will certainly leave with interesting tidbits about the celebrities regardless of who the guest is, and laugh and how they react to incredibly hot wings. Guests like the cast of Stranger Things, The Jonas Brothers, and Billie Eilish have participated in the show.

Superwoman AKA Lilly Singh began making funny YouTube videos as an outlet. She struggled with depression as a student, as she did not want to live the traditional life path. To help her unearth a place where she felt true to herself, Singh wanted to be different and used YouTube.

YouTube was her outlet, and she felt better about herself by making other people laugh. Singh has nearly 14 million subscribers, and Forbes listed her as the tenth highest paid YouTuber in 2017.

Her channel includes comedy sketches often based on ethnic and gender stereotypes, and her Punjabi parents are often included. Singh uses humor to talk about social problems, really opening up her followers to the conversation.

He lives in Los Angeles, where the show is also being filmed. You can stream snippets from celebrity interviews and feature sketches similar to the other late-night shows, but what James Corden’s YouTube channel is popularly known for is allowing viewers to watch new versions of his Carpool Karaoke segment where Corden picks up artists and celebrities on his way to work asking them questions in the middle of singing karaoke to some of their top songs.

Ethan and Grayson Dolan are twins living in LA who love to interact with their followers and entertain them. They are cute to watch and create unique imaginative videos of building stuff, making fun of each other, and pulling huge pranks on each other.

The twins do it together, and since they want to keep their videos consistent and enjoyable, you can hardly see videos on their channel with other content creators. You will certainly get some brilliant ideas by watching their videos if you’ve ever dreamt of pranking your sibling publicly.

You can’t help but find yourself smiling at the twins high off laughing gas or seeing one twin’s reaction from his photo plastered over a LA billboard.

As YouTube has gained traction, so have Family Channels, where a whole family generates content for one designated channel. In all the family networks, the Ace Family is one of the most popular and cherished funny youtube channels.

Austin McBroom and Catherine Paiz share the hilarious moments of their lives with their two young daughters. You’ll enjoy this channel if you love kids! They do endless viral competitions, prank videos, and post-family life’s ups and downs. You will not only laugh at their videos but along the way, you will fall in love with the Ace Family.

Felix Arvid Ulf Kjellberg, aka PewDiePie, is a Swedish comedian and video producer who recently married Marzia Bisognin, a long-time girlfriend. The 29-year-old has a staggering 107 million viewers on his channel, making him the second most subscribed YouTuber to date!

His channel has more than 26 billion views that rise regularly. His channel features a variety of content, ranging from spontaneous vlogs to his popular video series “Let’s Play,” where he records video games himself.

He is popular for playing horror video games and responding to them on video. The videos presented him with an immense and very devoted base of followers. He was one of the first popular YouTubers whose popularity tested the concept of what it means to be a “true” star rather than just someone who is recognized online.

As his extreme attitude genuinely differentiates him from all other YouTubers, PewDiePie’s videos are lively and slightly obnoxious.

Nigahiga, AKA Ryan Higa, is a comedian, actor, and YouTube personality who is 29 years old. Since 2006, he has been creating content and currently has 21 million YouTube subscribers and was previously ranked in the early 2000s as the most subscribed YouTube channel.

The Hawaiian native now lives in Las Vegas, making videos on YouTube and working on his comedy career. As most YouTubers do, Higa began making YouTube videos in 2006 with his friends for fun.

They started by producing lip-sync videos for popular songs and then progressed to a number of comedy shows. “Nice People” is his most well-known ad, racking up 76 million views. You can see a lot of random funny youtube videos when you look back at Ryan’s older videos, and now most of his uploads are podcasts with cool guest stars on every episode.

A hugely popular YouTube couple, Squirmy, and Grubs, otherwise known as Shane Burcaw and Hannah Aylward, have grown to over 500,000 subscribers on their channel.

The enjoyment Shane and Hannah have for their lives is highly contagious, and it’s always a bit surprising where their vlogs will go. You can watch their trip to a foreign country, Hannah choosing her wedding dress, and many more videos.

Hannah tried to kill Shane in his sleep in a new video after they hit half a million subscribers. They even managed hilariously to turn the trolling hate comments they receive on their relationship into a sketch.

It is also accepted that Jake Paul, who covers all the bases when it comes to social media, has some of the funniest YouTube videos on the internet. Jake makes sure to keep his fans amused, whether they are staged or actual events in his videos.

Jake heads Team 10 as the King of Clout, doing insane tricks, pranks, and holding wild parties for all of his fans to see. You should probably check out Jake’s channel if you think about pranks like sinking someone’s car in a lake or watching a Lamborghini get coated with peanut butter.

Many of his videos even star “mini Jake Paul,” aka Tydus from the Talbott Family, so your heart would surely melt for mini Jake’s videos if you love adorable kids.

Before much rivalry existed, the young founders’ awareness of online videos helped create the website as a place for viewing hilarious videos. Their material has evolved a little over the years and is geared to an older demographic, so it is not recommended for young kids to watch their videos.

The YouTube channel features and uploads the original videos of CollegeHumor that you can find on their website as well. It all began with the website, and now it has evolved to have over 14 million users and over 7 billion views on its YouTube channel.

Drew Gooden has so far gained almost 2 million subscribers from the eponymous funny YouTube channel. He came to YouTube about three years ago as an artist at the Vine — one of the most famous works being “the road work ahead? Uh, yes, I sure hope it does.” He has gradually transitioned from being a comedy sketch creator into a commentator.

Drew has fully integrated into the Internet culture in the last few years, as can be seen in his longer videos. He can explain how complicated creators lose their relationship and do not easily break into the mainstream and make you laugh.

In one video, which has over six million views, Drew was present at one of Team 10’s shows of Jake Paul that he described as a ‘wonderful disaster’ featuring an ‘unprecedented lack of awareness.’ Drew combines his critique with proof and experience, which is way far from the YouTube commentary trend. That’s the reason for such fun content in his videos.

There it is, folks! This was our take on the funniest YouTube Channels you should subscribe to.

YouTube is a strong and expanding platform that creates many entrepreneurial and motivational opportunities. Did you get inspired by these channels?

It’s time to get your creative juices flowing! When creating good video content, the best way to achieve success is to know what people like and then try to connect with the people based on that interest… Good luck!

10 Survival Blogs You Should Be Reading

Top 10 Educational Blogs You Must Check-Out! 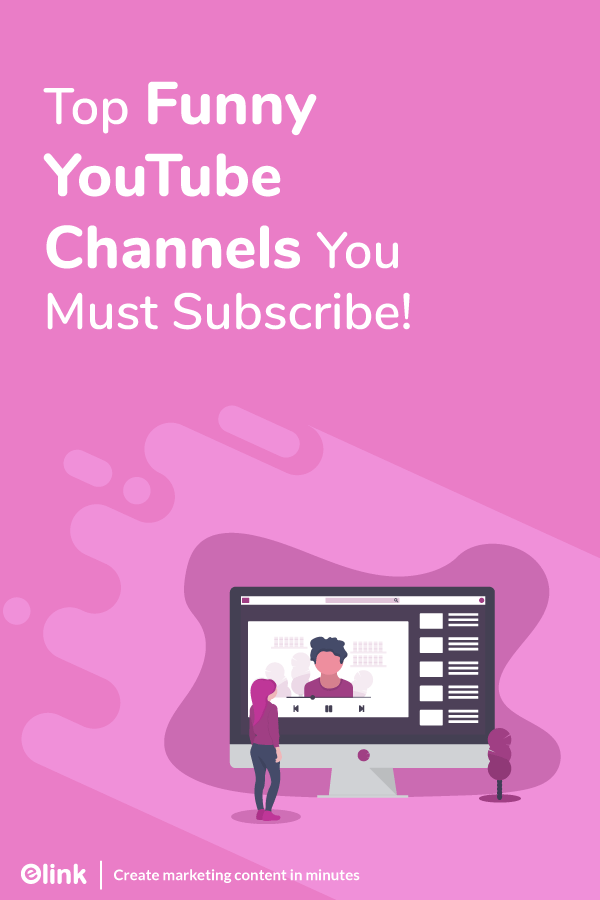 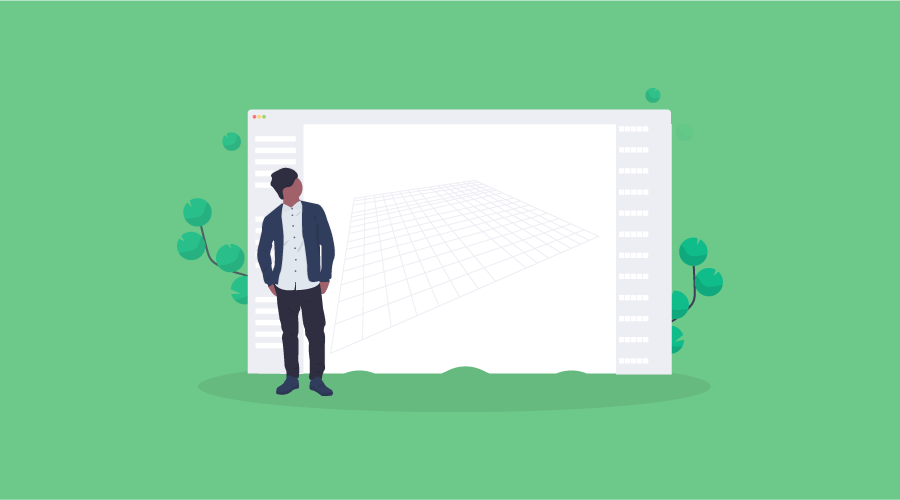 The digital world has opened new doors in all fields – how can education stay away from advancement? Learn about 10 best EdTech tools that will help you enrich your… 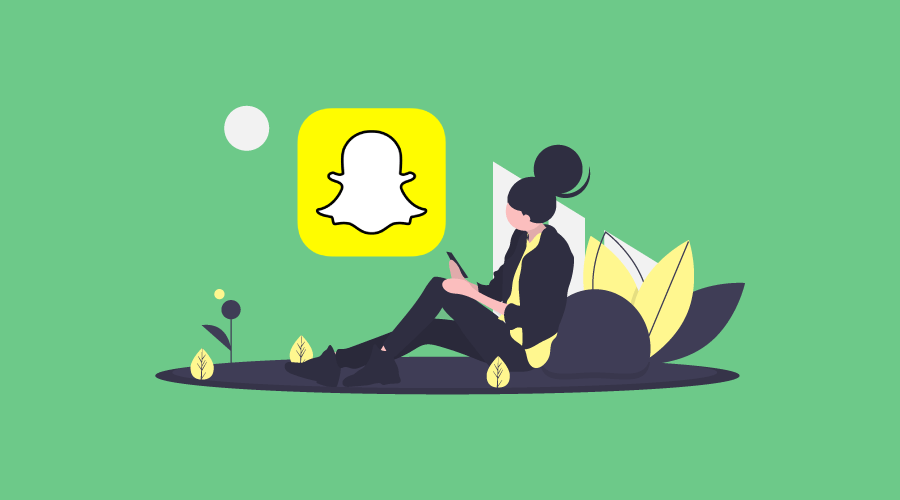 What is Snapchat Paperclip? Learn How to Use it.👻

It’s astonishing how quickly Snapchat comes up with new features. They are back at it again, this time with one of the best new features EVER – Snapchat Paperclip. The… 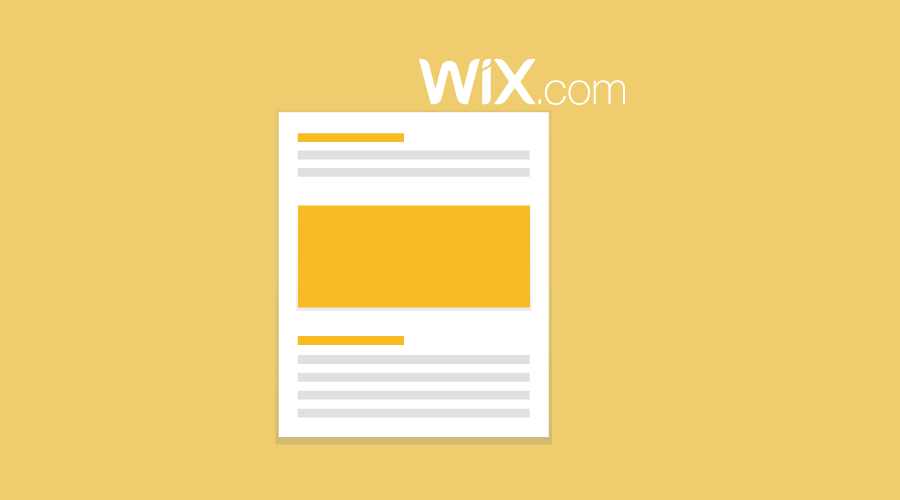 How to Create Press Coverage Pages for Your Wix Website

Want to know how to create the perfect press pages for Wix? Read on to find out how you can create an awesome looking press page in minutes with elink!…