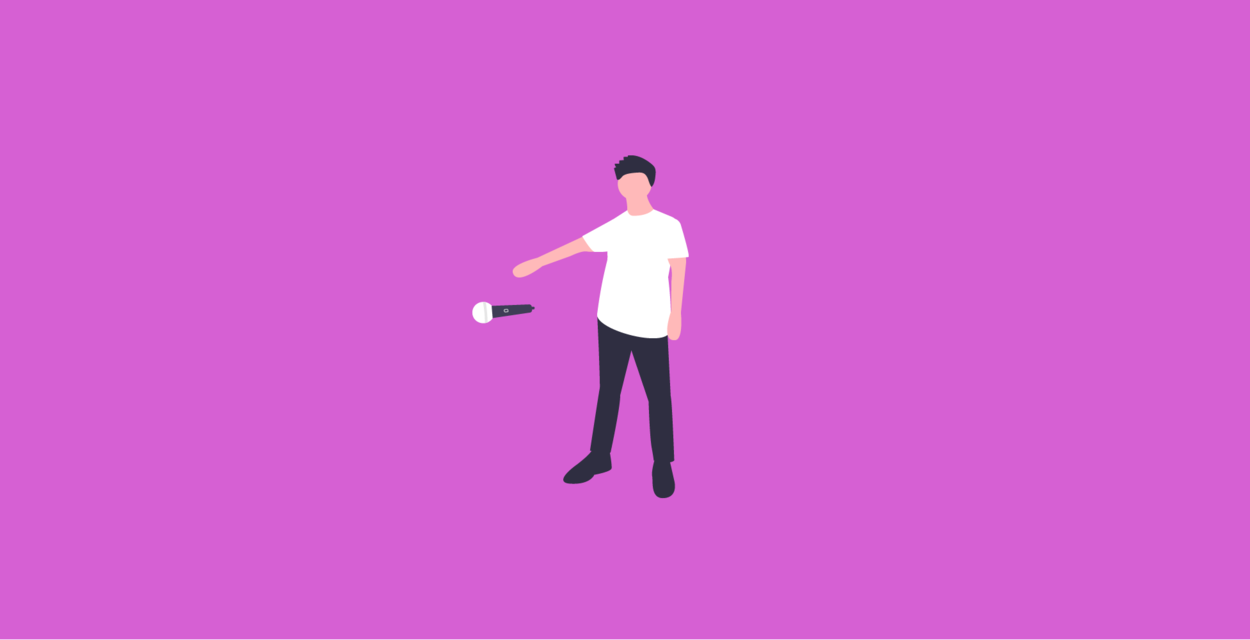 Unless you’ve been living under a rock, you’d know that memes are uber-famous. There’s literally a meme for every single thing on the internet. Every. Single. Thing.

So, considering the popularity of memes and the love people have for them, why not capitalize on the trend? After all, memes are funny, relatable, and an absolute joy to see…and that’s the dream of every marketer, right?

We mean, if you’re running a social media account, you ultimately want people to love your content, engage with it, and enjoy it. Memes serve all of this to you – and more – on a silver platter.

This is probably why meme marketing is currently ruling the kingdom of social media marketing strategies. To put things into perspective: 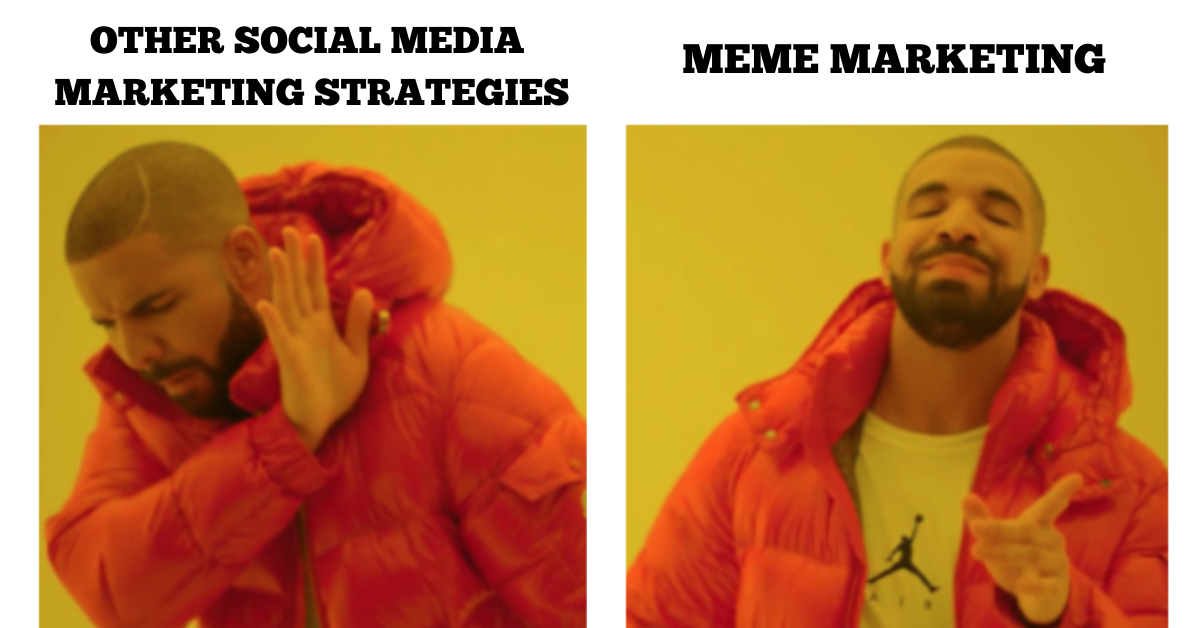 No, we’re not bluffing when we say that meme marketing is as awesome as chocolate chip cookies. We’ve got some stats that prove its power:

First Off, What Exactly is a Meme?

This might come as a shock to you, but the word “meme” wasn’t born on the internet. In fact, it was first used in 1976 by Richard Dawkins in his book ‘The Selfish Gene’.

‘The Selfish Gene‘ was based on evolution, and Richard Dawkins used the word ‘meme‘ to represent an idea or behavior that flows across people in a culture.

Dawkins earlier referred to it as “Mimeme” – from the Greek word meaning “that which is replicated.” But the word was then shortened to just “meme” because it was similar to the word “gene.” A little complicated, we know. 🙂

Fast forward to the present times, memes are most often referred to as hilarious jokes that are passed across social media platforms in the form of images, GIFs, hashtags, and videos.

Over the course of their life, memes are altered many times, which often turns the original idea into something entirely different. But no matter what, they always have some defining quality that makes them identifiable.

Memes are awesome, and that’s why they have become the hottest content currency online. They are almost like second nature to everyone who uses social media…and as a marketer, you need to take advantage of that.

You need to leverage the meme culture and create catchy content that can potentially go viral. (Fingers Crossed) In very simple words, you need to try your hands at meme marketing. Like right now.

In a time when consumers skip ads whenever they can, meme marketing can be your knight in shining armor. We know that you want to learn more about this form of marketing, so without first ado, let’s roll!

What The Heck is Meme Marketing? 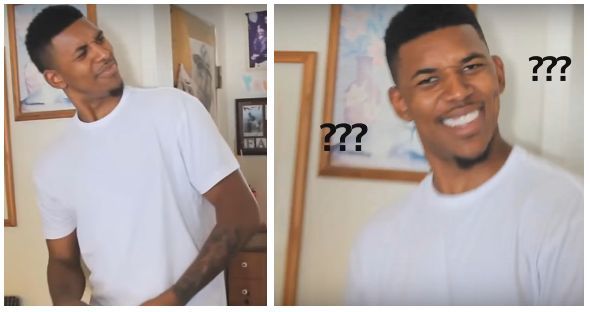 Meme marketing is exactly what it sounds like – marketing through memes. It is the art of putting out your take as a brand on social media – in the form of memes.

See, we all know that no one likes to see promotional content on their feed. People hate it when ads are shoved in their faces when they are browsing through social media. In fact, 69% of Gen Z think that ads are disruptive.

On the other hand, with memes, you can make people laugh with a casual reference to your brand. You can get your brand in the minds of people, without actually promoting it. What could be better than that?

Not to forget, meme marketing gets you instant response and engagement because 1) memes are super relatable, and 2) they are entertaining so people love to repost them.

We know we’ve made you super excited to enter the world of meme marketing, but there are some tips and tricks you need up your sleeve before opening the door.

The 4 Best Meme Marketing Tips EVER!

At some point, whether it was in a marketing blog you read or when you were watching that Youtube video on Marketing 101, you’ve probably heard how important it is to know your audience – inside and out.

Think about it: If you don’t know who your audience is, how would you know what kind of memes they’ll resonate with? So, the more you know your audience, the more powerful your meme marketing strategy would become!

All in all, your memes should make people feel like you’re reading their minds (OR you’re living in a nice penthouse apartment in their head.)

2. Keep Up With What’s Trending

By the time you will finish reading this blog post, thousands of new memes would have been posted on the internet. After all, we’re living in the age of memes.

The point is, you need to keep up with this fast-paced world of memes, or you will lose the race. If you want your meme marketing strategy to show actual results, post the memes that are trending at that moment.

For example, you can’t post those Shrek memes anymore. Shrek is love, but Shrek is also an outdated meme. 🙂 This brings us to the next tip:

Never ever forget that you are “marketing” with memes. Yes, you want to engage your audience and make them laugh, but you also need to build your brand awareness, and for that, you’ll have to put in some effort.

See, everyone on the internet is posting memes. If you want to stand out, you need to get creative. You can’t just repost the trending memes and think your job is done.

What you should do instead is, twist all those viral trends in your favor and add some originality to them. This way, you can hardly go wrong. It’s okay; you can thank us later.

4. Align With Your Brand

Every nook and corner of your marketing needs to be consistent with your brand’s voice. Memes might be lighthearted jibes at things that are happening around you, but you still need to reflect your brand through them.

Just think of ways to tie the meme to the brand or product you are marketing. This way, whenever someone talks about the meme, they’ll remember your brand!

Again, everything comes down to how well you know your audience. You need to share memes that your audience would love to see the most, and you need to figure out a way to incorporate your brand into it. 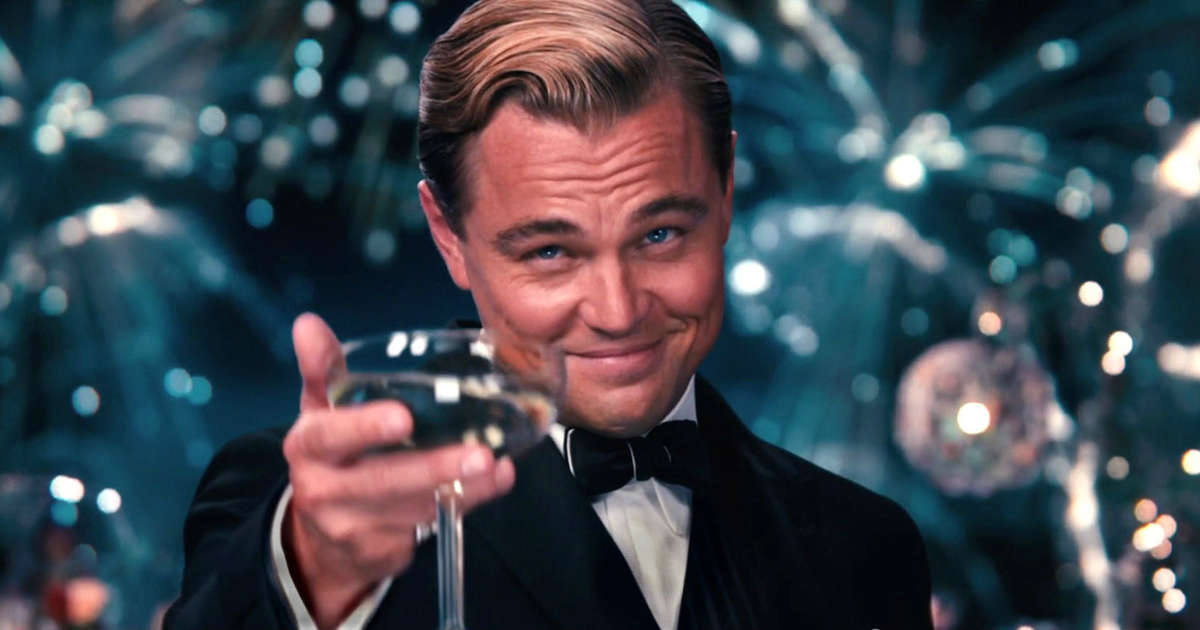 Memes are taking over the world, and brands have already jumped on the bandwagon. So, let’s get some inspiration from brands that are totally winning the meme marketing game. Scroll down!

We’ve always known Gucci to be a very sophisticated, classy brand. They’re still the same, but they won the hearts of millions of people when they shared a MEME on their Instagram, something totally different from their usual posts. This meme is hilarious, and at the same time, it portrays that a Gucci watch is so awesome that everyone wants to buy it. Clever. 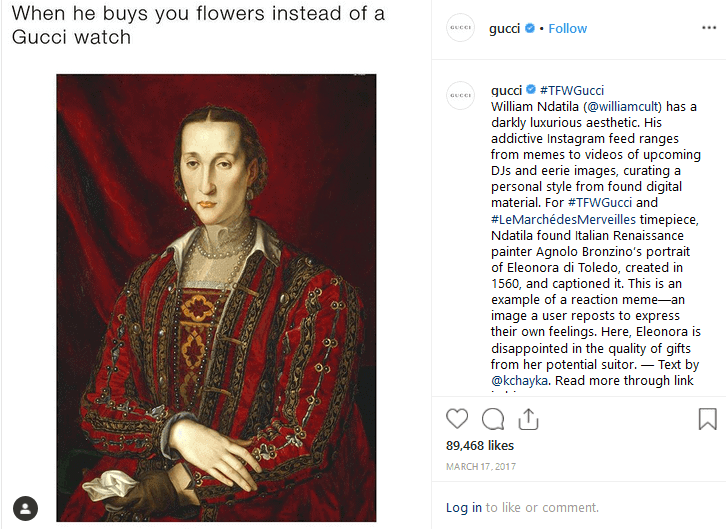 2. Another Post By Gucci That Was SO Funny (And Relatable)

Gucci posted another meme a few days later that took the Internet by storm. The “guy she says I shouldn’t worry about” meme never seems to get old, and Gucci took advantage of it in the coolest way possible. This meme isn’t directly promoting Gucchi, and it still shows that no watch can beat a Gucci watch. 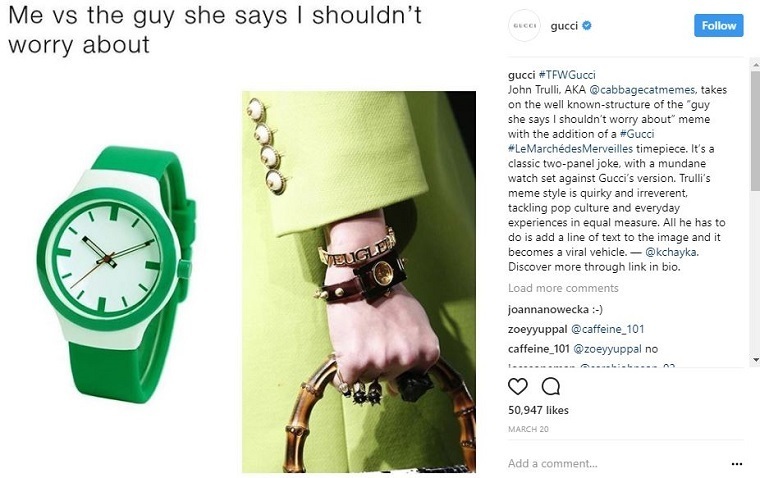 3. Simple, Hilarious & Smart – That’s What This Post By Ruffle Is

Ruffles produce a range of potato chips in America and have been around since 1961. They posted this meme on Twitter to promote how delicious their chips are, and we must say, they conveyed the message remarkably well. Are you craving some flamin’ hot Ruffles now? We know you are! 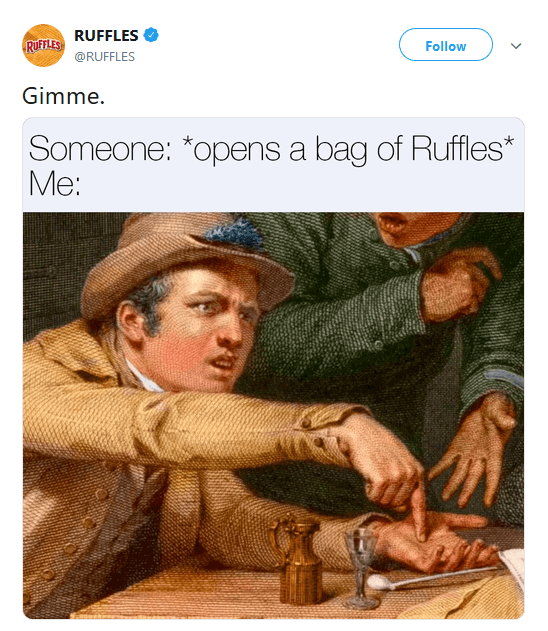 4. Ruffles Saw an Opportunity – And Went For It

This is a GREAT example of a brand using a meme to connect with its audience – while building brand awareness. We can never ever get over this meme template, and that’s why it has always been in trend. Ruffles leveraged the opportunity and used this meme in a way that needs no explanation. 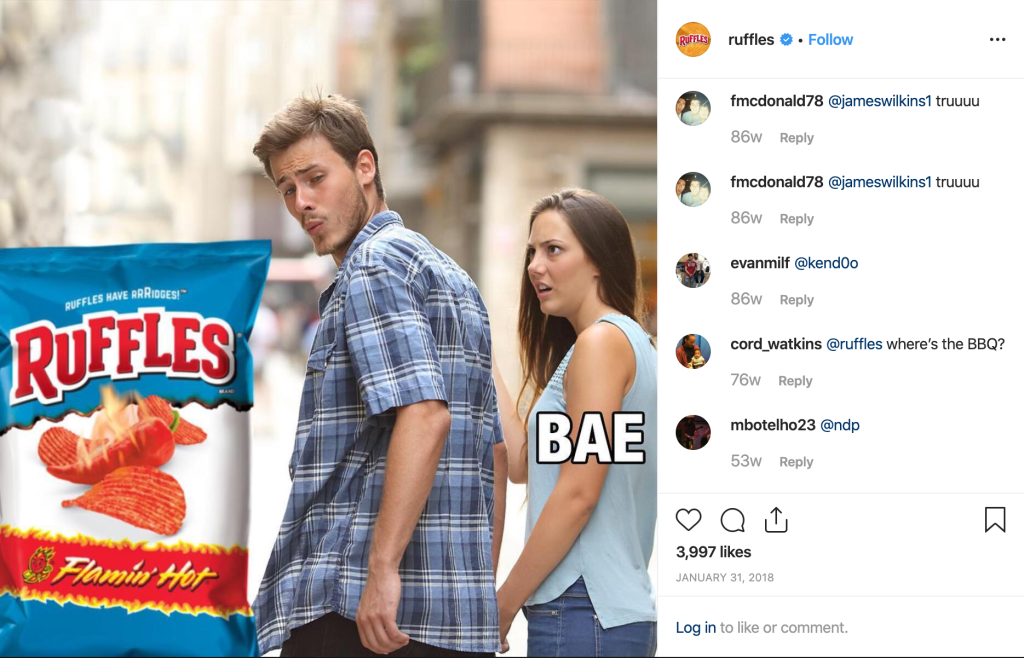 Those were some really witty and hilarious memes, we know. But you need to stop laughing now and get to work. Get your creative juices flowing and start creating memes for your brand. Remember, the best memes are humourous, simple, relatable, and engaging. 💪🏻

No, you don’t to be a pro at designing to create good memes. Lucky for you, there are so many meme generators available on the internet. All you’ve to do is pick a meme from their extensive library and add your own text to it. Now let’s take a look at some of the most popular meme generators you can use!

The 5 Most Popular Meme Generators (Or Meme Makers)

People share quite a lot of things on Imgur – from their cat’s funny photos to random GIFs. This website is literally like the Reddit of images. But even though Imgur has all the classic meme templates, it’s a little behind on the new ones. So, if you can’t find the meme you want on Imgur, just upload an image from your computer.

Packed with dozens of incredible meme templates, QuickMeme is undoubtedly one of the best meme generators out there. It even has a drag and drop feature that simplifies things for you. Once you find the template you like, just add a caption to it, and your meme is good to go!

You can count on this website for all your meme needs because it does an awesome job of keeping up with the latest memes. If you want to use a meme template that’s been around for a while, you’ll most probably find it here. You can even pick from images that were posted by other people to create your meme.

DIYLOL is pretty easy to use as they have a huge library of meme templates that you can just add your own text to. You can even give star ratings to the memes you like. They also have an iPhone app. It’s free, but it hasn’t been updated since 2013, so keep that in mind if you want to download it.

Make a Meme has everything you ever wanted from a meme generator. You can upload your own image or pick one of the templates from its library, and then add your own text to it. This meme generator is ideal if you want to create something witty and let it out into the world.

People often call social media a dark place. It might be true…but as Elie Wiesel once said, “even in darkness, it’s possible to create light.” The memes bit of social media – that’s unquestionably the “light.” ✨

Memes bring a smile to our faces. They help us get through a gloomy day, and sometimes, they make us laugh like there’s no tomorrow. The reason? They are funny, engaging, relatable, and downright awesome.

That’s why meme marketing works so well. It gives you a chance to entertain your audience, along with providing them value – something that’s a little too difficult, or impossible to do through other forms of marketing.

The best part? Meme marketing shows that your brand is goofy, funny, and cool…and who doesn’t want to hang out and party with the cool kids. 😎 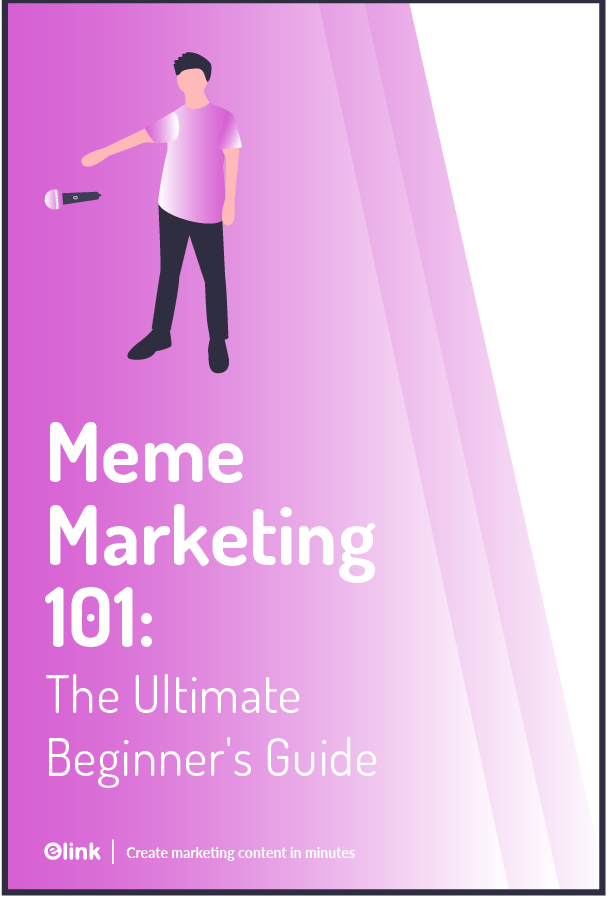 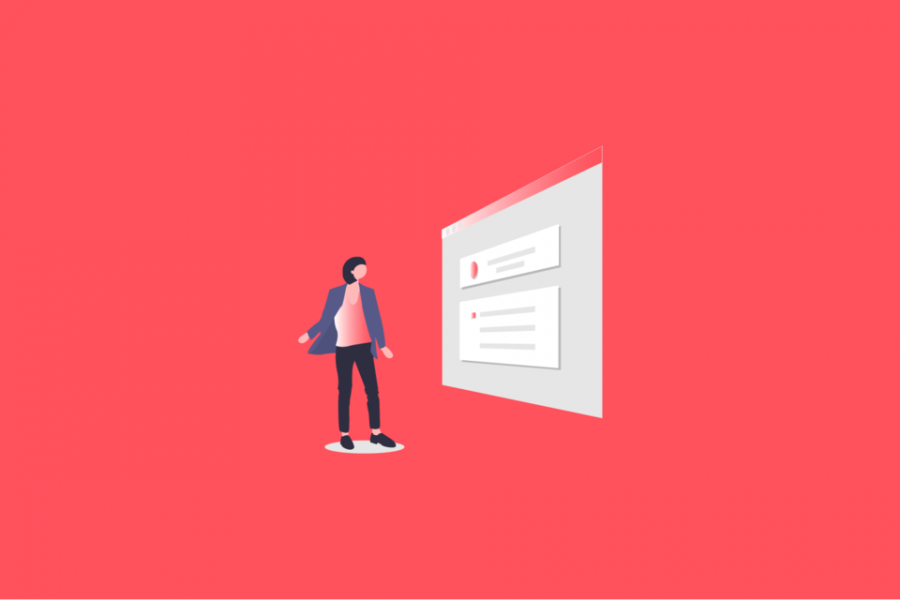 Web Page Templates: What are they & How they make your Work Easier!

Let’s admit it. A lot of us neither have the skills needed to create web pages from scratch, nor do we have the budget to hire a hot-shot website designer…. 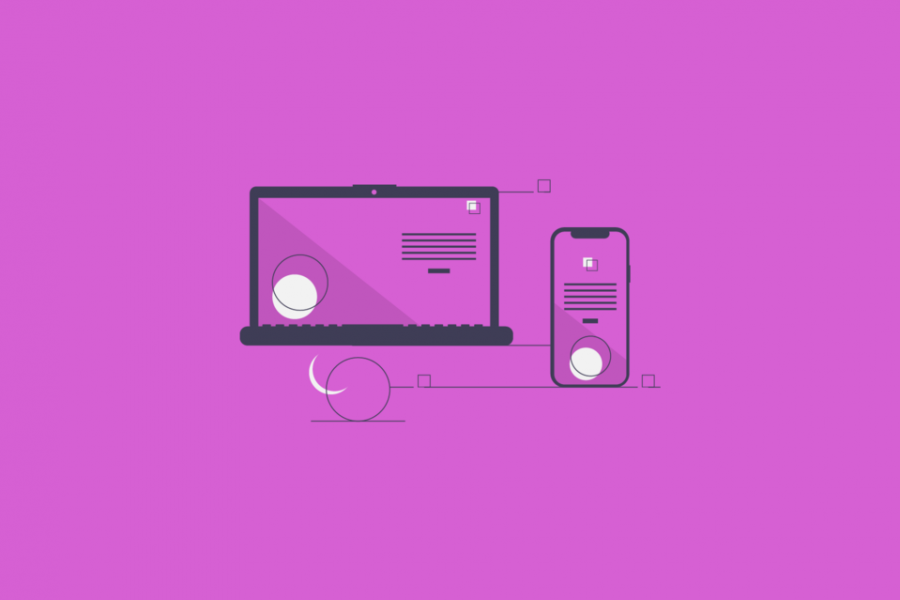 Dynamic Web Page: What is it & How to Create it?

Today or tomorrow there is no guarantee of what kind of content you want to display on your webpage. It would be not much appealing if I tell you, you… 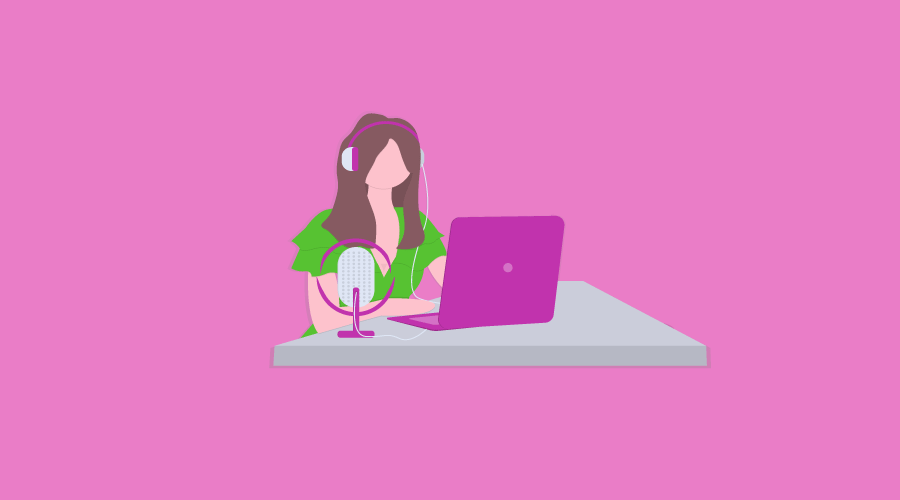 Best Christian Podcasts You Should Listen To!

We all know how those mornings feel when you attend church on Sundays. Blissful, right? They’re like a glass of ice water on a sunny summer day under a cool tree….